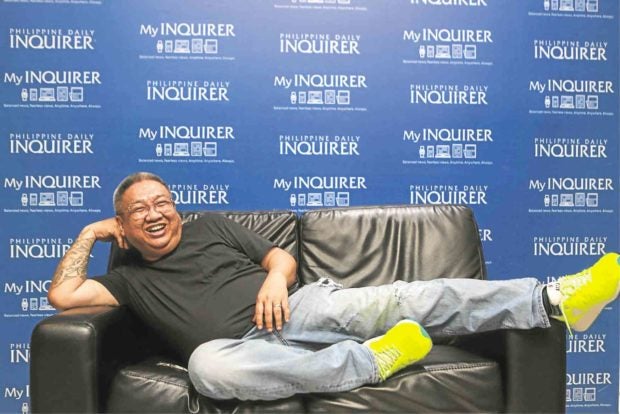 Multi-awarded filmmaker Erik Matti opened up on his take on the future of filmmaking and the entertainment industry amid the COVID-19 pandemic and the inevitable “new normal.”

Matti took to Facebook yesterday, July 23, to share his stance that the industry should deviate from the usual formulas in filmmaking and instead adapt to the changes brought about by the pandemic.

“Over the [five-month] lockdown, Dondon [Monteverde] and I racked our brains at what’s next in entertainment. I ravaged through anything I can get hold of just to see what’s the direction we’ll take for the future of our company Reality Entertainment. Arts and entertainment were the hardest hit by this pandemic,” he said.

“I watched old movies, new ones, trashy tv, monotone hipster tv series, youtube vlogs from politics to karens to hypnotic cooking vlogs. All these because we all knew everything will be different after the lockdown,” Matti added.

The director noted that with the knowledge of this so-called “new normal,” they “should and must be doing something new as well.”

Over the 5 month lockdown, Dondon and I racked our brains at what’s next in entertainment. I ravaged through anything I…

Matti added, however, that the “new” changes he is suggesting may not be entirely new, as this new norm may actually “usher the revival of forgotten film structures and themes.”

“It could be seeing the revival of paranoia films of the [’70s] or maybe the [feel-good] musicals of the [’80s]. Anything maybe that can capture the internal hunger for fresh materials after all the [housesitting] these past months,” he explained.

“The initial thoughts I had, as a filmmaker, was to go back to basics. Small crew, small stories, personal, light and relevant. And true enough, with the many limitations on safety and health, I think that’s the way to go,” Matti disclosed.

With this small setup, Matti stressed how filmmakers are now “afforded that chance to refresh storytelling techniques and dramatic structures” to hopefully give birth to something new “that everyone can welcome from all these months of drudgery.”

But the director admitted that his vision for the future of film may just be brought about by overthinking.

“Maybe going back to normal is just that, going back to how we were before all these. Same old, same sh*t. Maybe the way to go is just presume nothing has changed and everyone still wants the same things. Same [plot lines], same rehashed stories, same piks and paks, same copies of things that worked out there,” Matti stressed.

“Maybe my age is just thinking something should change in the industry I work in. But maybe the entire country thinks it should just stay the same. Or maybe too, no one really cares whether we change or not,” he added.

Matti further stated that there may just be more important basic things that need change, and that “TV and movies are not really on that list.”

Despite this thought, however, Matti’s “grumpy rabid self” is still pushing for what he believes is best for filmmaking in these dire times: “We must change!”

“Not for what could just click with the audience so that our business can get back on its feet. We must change because the world changed,” he explained. “And if we weren’t hit in our empty heads to wake us up to reassess what we should do with the medium we have, we might as well slip into amnesia and forget the last [five] months that gave us a break to rethink how we can move forward in the future.”

Matti said that five months is just “too much time to stay the same,” and with these five months subjecting the world to a pandemic, among several other issues, a lot has indeed changed.

“If we do stay the same, then it could be all about greed now. If not greed, then it’s fear of jumping into the unknown. But if it’s not either of those, then it’s arrogance and laziness. And if it’s that, then I guess it’s really best we close down until further notice,” the director said.

Matti recently drew attention online after lamenting how Vice Ganda’s “Praybeyt Benjamin 3” is among the movies lined up for the upcoming Metro Manila Film Festival, saying that “we never learned.”

The director also weighed in on the controversial deaths of at least nine high-profile inmates, including Jaybee Sebastian, in the New Bilibid Prison due to COVID-19.

“This is the stuff only for movies. Stranger than fiction,” Matti said on Facebook on July 20, even providing a logline for a film as a joke: “1. A virus that only kills criminals; 2. The greatest prison escape; 3. Catch Me If You Can 2.” JB

This is the stuff only for movies. Stranger than fiction. Logline: 1. A virus that only kills criminals2. The greatest prison escape 3. Catch Me If You Can 2Mine.