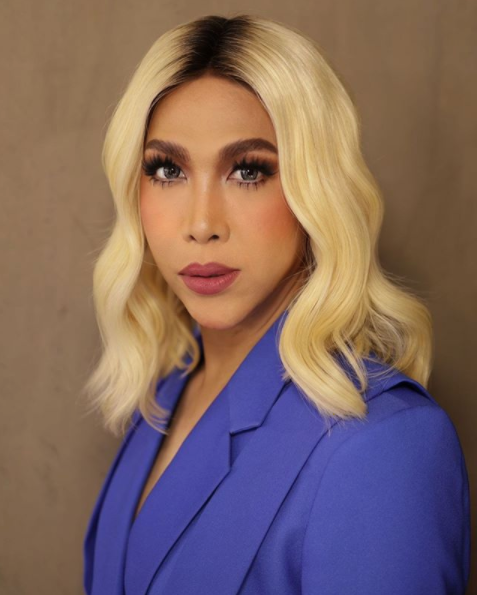 Comedian Jose Marie Viceral, more popularly known as Vice Ganda, slammed a report that TV5 had rejected his camp’s offer to transfer to the network for an extremely high talent fee.

Vice Ganda took to his Instagram Stories yesterday, July 21, to label as fake news a July 20 report by website Pinoytrend.net, which claimed that he was asking for P3 million monthly salary from the broadcasting network. 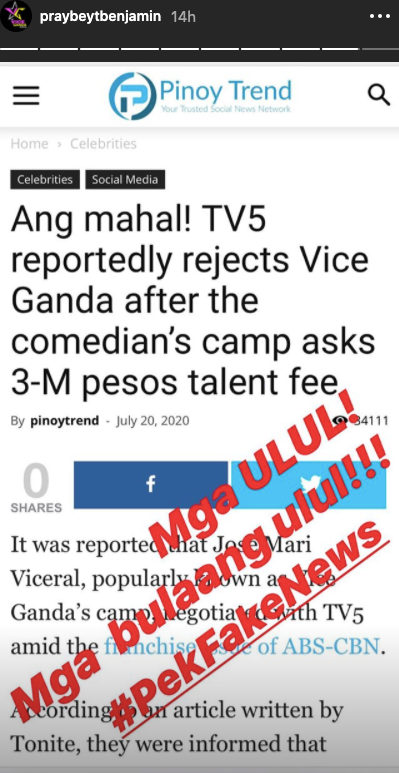 The said article cited a report from tabloid Abante Tonite on July 12 about the rejection of Vice Ganda’s possible transfer to TV5, while it got the exact amount from a July 19 report by another tabloid, Pang-Masa (via Philstar.com), which cited rumors that the comedian was asking for P3 million per month for a once-a-week show.

Articles from the website Pinoytrend.net were previously labeled fake and misleading by independent media group and fact-checker Vera Files.

Following the rejection of ABS-CBN’s franchise renewal bid, Vice Ganda decided to launch his own network that will air shows through its official website, www.viceganda.com.ph.

The comedian is set to host “Gabing-Gabi na Vice” on the network starting this Friday, July 24.  /ra