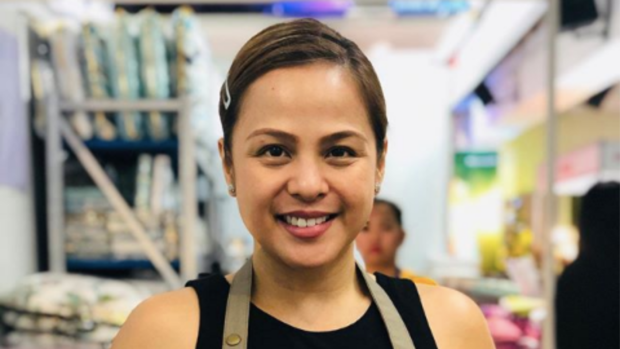 Actress Nikki Valdez is asking netizens to treat celebrities with a little bit more kindness as she reminds them that celebs are also only human beings.

Valdez took to Instagram yesterday, July 20, to lament how celebrities, especially those who have been active in supporting ABS-CBN like her, are being ruthlessly attacked by netizens.

“We may be ‘artistas’ or public figures whose lives are exposed to the public but you have to remember, tao lang din kami (we are only humans too). So pag may sinabi kayong hindi maganda, do you expect us to just let it go? Pag sumosobra na kayo, hindi naman ata pwede yun,” she stressed.

(So if you say something bad, do you expect us to just let it go? When you have already crossed the line, I don’t think that can be allowed.)

Valdez’s message was aptly accompanied by a quote that read, “If you can’t be kind, be quiet.”

“Being opinionated and tactless or inconsiderate are all different from each other. Trolling is a totally different thing too! Minsan nga kaya pang tanggapin pag troll pero yung hindi, [‘di ko] talaga maintindihan how there can be so much evil in a person,” she emphasized.

(Sometimes I can tolerate trolls, but those who are not, I do not really understand how there can be so much evil in a person.)

The actress added that people can express their opinions without stepping on others, saying she hopes people will practice the old adage, “think before you speak.”

“Subukan natin ilagay ang mga sarili natin sa sitwasyon ng iba bago tayo magsalita (Let us try to put ourselves in someone else’s shoes before we speak) for we will never understand what others are going through until we are in the same situation as they are,” Valdez explained.

Valdez is among the many celebrities who have shown their support for ABS-CBN after Congress denied its franchise renewal bid. She also took part in the recent protests held by the network’s supporters, workers and artists.

“Huwag ang pamilya namin… Huwag ang tahanan namin. Hindi kami mapapagod ipaglaban ka,” she said on Instagram on July 18, sharing a photo from the rally. (Not our family. Not our home. We will never get tired of fighting for you.)

After being called out for allegedly violating social distancing protocols during the protest, Valdez via a comment told netizens to “chill” and that they were following health protocols. She clarified that there were markers on the ground that they followed to ensure proper spacing.

“The noise barrage was televised and if you look closely, there are markers on the pavement so people will know where to stand. Hindi kami ganon kainsensitive (We are not that insensitive) to not think about others while we fight for the lives of our dear employees,” she said.

“Thank you sa lahat sa inyong nagpapakita at nagpaparamdam ng suporta. Mahal namin kayo,” Valdez added. (Thanks to all of you for showing your support. We love you all.)

The actress also expressed her dismay over the fate of thousands of employees, including her husband Luis Garcia, who will be losing their jobs in the network amid the pandemic, as per her Instagram page last week. Valdez stressed then that despite all the challenges and hardships they are facing, evil will never prevail over the good. JB