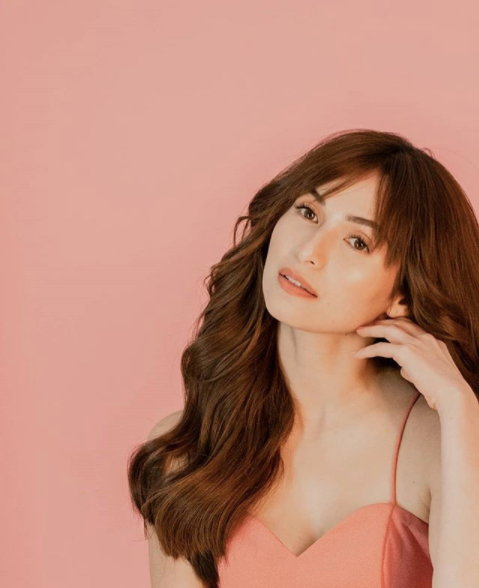 GMA 7 actress Jennylyn Mercado has taken a jab at Presidential Spokesperson Harry Roque over his trip to Ocean Adventure in Subic Bay amid quarantine restrictions placed due to the COVID-19 pandemic.

Mercado took to Twitter yesterday, July 17, to poke fun at Roque’s photo showing him swimming with dolphins during the infamous trip, which has earned the spokesperson criticisms.

(In this picture, you can see those capable of complex problem-solving and there is Sec. Roque.)

She then inserted in the following tweet the link to a National Geographic article on the intelligence of dolphins, saying: “To learn more about Dolphins [heart emoji]].”

Mercado then clarified in the next tweet: “Pasensya na po (Forgive me). Just trying to find humor in our current situation.”

Roque has drawn flak after photos of his said trip circulated on social media, but has maintained that no quarantine protocols were violated during his getaway.

Mercado has lately been vocal about the ABS-CBN franchise denial issue on Twitter and noted that she just realized it was fun to be active on the social media platform.

(So it really is fun here on Twitter. Do not call me Jen anymore, call me Bessie.)

Actress Agot Isidro, known for being one of the most vocal critics of the administration, meanwhile, replied to Mercado’s tweet: “Masaya dito, ‘Ne (It is fun here).”

After “Bessie” trended on Twitter Philippines last night, Mercado thanked fans for making it happen and stressed to the public the importance of speaking up.

“[On] a serious note, We are not powerless until we are silenced. Our voices must be heard. Speak up for those who can’t,” Mercado said.

Pero on a serious note,
We are not powerless until we are silenced. Our voices must be heard. Speak up for those who can’t.

The Kapuso actress has been expressing her support for ABS-CBN amid the franchise denial issue and noted that “to be neutral or silent in times of injustice is injustice” after a netizen asked her to not speak up.

Mercado has also slammed those who rejoiced over ABS-CBN’s shutdown and offered her support and prayers to the thousands of workers affected.

“Hindi ba na tinuruan tayo ng ating mga magulang na maging makatao sa kapwa (Were we not taught by your parents to be humane)?” she posted on Facebook on July 10. “Rejoicing because of other people’s sorrow is not only wrong, but inhumane. You are cruel.”  /ra

GMA’s Jennylyn Mercado on ABS-CBN issue: To be silent in times of injustice is injustice

Jennylyn Mercado to people rejoicing ABS-CBN’s closure: ‘You are cruel’