Karen Davila claps back at basher: ‘You don’t like me but you’re following me?’ | Inquirer Entertainment
Close
menu
search

Karen Davila claps back at basher: ‘You don’t like me but you’re following me?’ 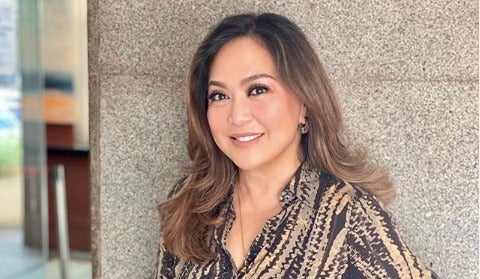 MANILA, Philippines —Karen Davila on Saturday did not hold back at answering a basher after the latter told her that she didn’t like her as a newscaster.

On Instagram, the veteran broadcast journalist shared a snippet of her interview with House Deputy Speaker Luis Raymund “LRay” Villafuerte Jr., where he said the Lopez family should just sell ABS-CBN.

Villafuerte is one of the 70 lawmakers who voted against the network’s franchise application.

However, one basher spoke her mind about what she thought of Davila: “I don’t like watching this newscaster… [I don’t] like her.”

Davila did not let the netizen’s word slide, as she answered back: “You don’t like me but you’re following me? Thank you.” 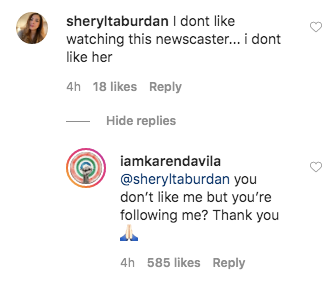 After the House legislative franchises committee junked ABS-CBN’s bid for a fresh 25-year franchise, the network announced that it will begin retrenching its employees beginning the end of August.

Among those who will be laid off include Davila’s fellow veteran journalists like Ces Oreña Drilon and Korina Sanchez.