Dimples Romana remembers late father: ‘He had a quiet strength in him’ 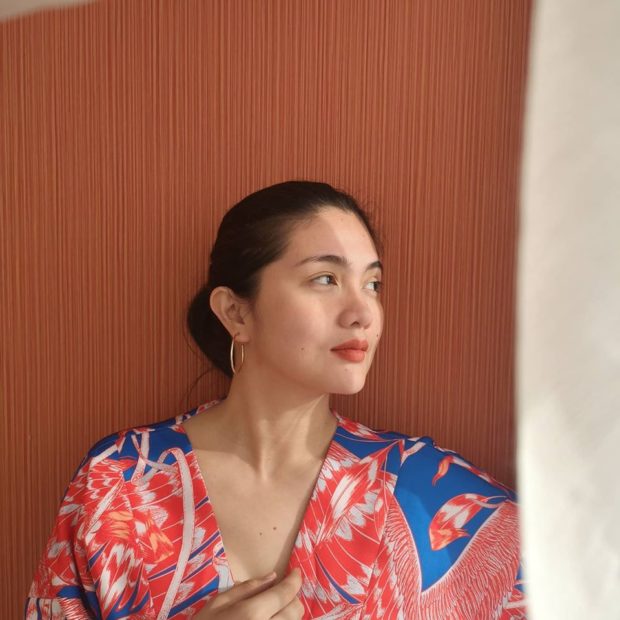 Dimples Romana penned a heartfelt message for her late father, Joel, ahead of this year’s Father’s Day on June 21. The actress’s dad passed away due to an aneurysm back in 2001.

Romana said she dreamt about her father, whom she fondly calls Papa Bong, last night, and that upon waking up today, June 11, she felt sad.

“And then I realized malapit na nga pala ang Father’s Day (that Father’s Day is near). It’s one of those occasions every year that I dread of coming,” she stated on her Facebook page earlier today, alongside a photo of his grave.

Woke up feeling very sad today 💔 had a dream about my Papa Bong. And then I realized malapit na nga pala ang Father’s…

The actress narrated how her father died when she was only 16 years old and an incoming freshman in tourism at the University of Santo Tomas. At the time, Romana had already been working and considered stopping for a while to finish her studies. However, she noted that “God had a different plan” for her.

“After Papa passed away I became the breadwinner of the family,” Romana said. “Ate ako kaya (I am the older sister that is why) I knew I had to take on the responsibility.”

While Romana noted that her father died too soon, she is thankful that he encouraged her and her family to pray for everything.

“I prayed every day, even until now,” she said while pointing out that her father had taught them “all [they] need in life and more.”

She then saluted “all the fathers who have sacrificed and loved their families to the best of their ability.”

“Di masalita si papa, tahimik lang [siya] (Papa did not talk much, he was just quiet), he had a quiet strength in him that made us stronger as a family especially through my late sister Sarah’s cancer battle of four years,” Romana pointed out. “He was always humble and worked the hardest.”

Romana later addressed her father, saying, “Papa, I miss you. Today I will embrace you in my prayers hoping my prayers will reach you wherever you are.”

She then appealed to her fans whose fathers are still alive to hug them on her behalf.

“Napakaswerte ninyong kasama ninyo pa sila (You are so lucky you are still /with them),” Romana said. “Advanced Happy Father’s Day.”  /ra