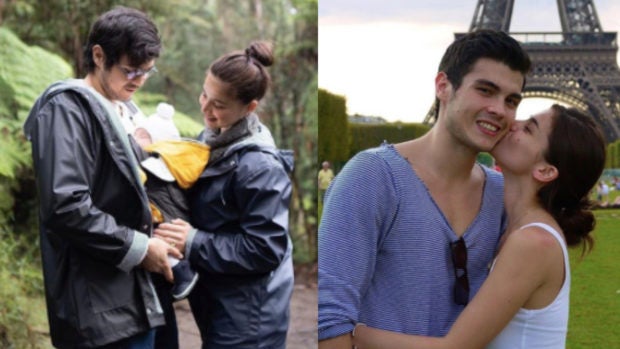 From new lovers to newlyweds and now new parents, actress Anne Curtis reminisced on the decade that has gone by since she and chef vlogger Erwan Heussaff started their relationship.

On their 10th anniversary, Curtis said she “wouldn’t change a thing,” as per her Instagram post yesterday, June 10. The actress walked down memory lane and showed several photos of her and Heussaff from their earlier years together, up to taking care now of their baby Dahlia.

“Happy 10th Anniversary Mon amour,” Curtis said. “A decade’s gone by just like that. Who would’ve thought that the pair in the last photo would end up where we are today – with a mini version of you and [me.]”

The actress stated that she and Heussaff agreed to stop celebrating their “original” anniversary since they got married. Curtis added that she could not help marking the occasion because “this one is still special.” Afterward, she promised her husband that from here on out, they will only be celebrating their wedding anniversary.

Happy 10th Anniversary Mon amour. A decade’s gone by just like that. Who would’ve thought that the pair in the last photo would end up where we are today -with a mini version of you and I. Wouldn’t change a thing. Je t’aime Mon amour! P.S – I know we said we would stop celebrating our “original” anniversary when we got married BUT I couldn’t help it, because this one is still special. From here on, we’ll celebrate just our wedding anniv 😘 Hope you like the pics. Took me the whole day to search for our first few pics together. 😋 @erwan

Curtis and Heussaff got married in New Zealand in November 2017. They have been together for six years when Heussaff proposed to the actress. The couple welcomed their baby daughter, Dahlia Amélie, on March 2, 2020.

Heussaff’s sister, actress Solenn and her husband Nico Bolzico also recently celebrated their 4th year as a married couple. Solenn and Bolzico had their first baby, Thylane Katana, in January this year. JB