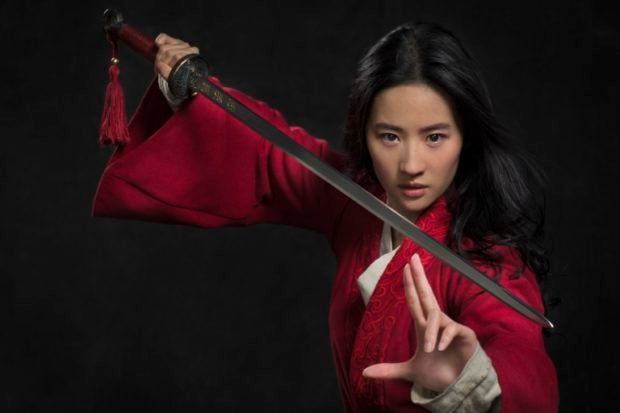 Chinese epic “Mulan” remains Disney’s next movie of the coronavirus era, with the company sticking to a July 24 date decided upon mid-March.

Directed by Niki Caro (“Whale Rider”, “The Zookeeper’s Wife”) and starring Liu Yifei (“The Four” trilogy), Donnie Yen (“Rogue One – A Star Wars Story”) and Jason Scott Lee (1994’s “Jungle Book”), the film is based on a Chinese legend and is a remake of Disney’s 1998 animated movie of the same name.

CEO Bob Chapek, a nearly three-decade veteran of the company and chief executive since April 2020, said that he thought Walt Disney Studios’ upcoming slate faced both a “stair-step situation” as well as “a lot of pent-up demand” due to the COVID-19 pandemic.

He told CNBC that the company was preparing to recommence theatrical distribution and reopen Disney Parks and Resorts locations “as long as we can do so in a safe, relatively safe, responsible way.”

Theatrical releases remain a foundational element for Disney, Chapek continued, emphasizing that they are a “viable and important way to premiere films.”

However, with June’s adaptation of young adult fantasy adventure “Artemis Fowl” debuting directly on streaming service Disney+ — and March’s “Onward” arriving on the subscription VOD platform just two weeks after its release in cinemas — Chapek remarked that the company was flexible and willing to look at its schedule on a film-by-film basis.

Since debuting in November 2019, Disney+ has accumulated 54.5 million subscribers, approaching half that of Netflix’s 128m membership base. IB

Read Next
WATCH: Olaf from ‘Frozen’ helps people cope with isolation through new song ‘I Am With You’
EDITORS' PICK
Luzon, Metro Manila bear brunt of Karding’s impact
Okada Manila is truly back to business as usual
Chinese-Filipino group backs ban on POGOs
House energy committee chair Arroyo bats for cheap electricity
Luzon folk flee as LGUs raise alert for Karding
vivo gives users more reasons to claim #MemoryIsPriceless
MOST READ
#WalangPasok: Suspended classes due to habagat, September 20, 2022
LOOK: Erika Rae Poturnak, Kobe Paras kiss and cuddle in her birthday greeting to him
Classes suspended in some areas in Luzon due to ‘habagat’
LPA may form east of Luzon, says Pagasa
Don't miss out on the latest news and information.