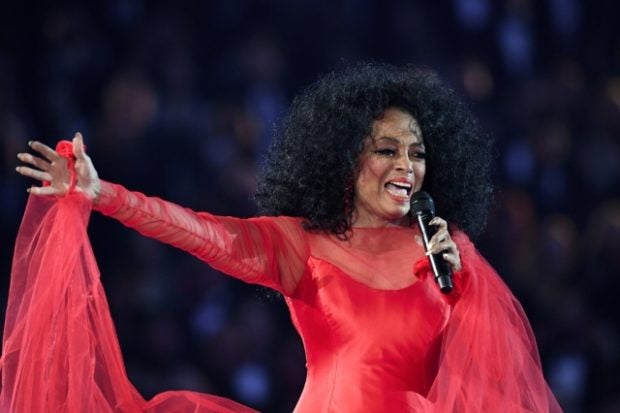 Diana Ross was among the artists scheduled to perform this summer at the Hollywood Bowl. Image: AFP/Robyn Beck

The Hollywood Bowl scrapped its entire summer concert season Wednesday due to the coronavirus crisis, in a “devastating” move that leaves the Los Angeles Philharmonic with an $80 million shortfall.

The famous open-air California venue has hosted acts from the Beatles to Yo-Yo Ma over nearly a century, and its concerts from June through September are a staple of Los Angeles cultural life.

“We are all broken-hearted by the effects of this crisis and share the disappointment of all those who look forward to the Bowl” concerts, said Los Angeles Philharmonic Association CEO Chad Smith in a statement.

It marks the first summer without concerts since the venue, known for its distinctive shell-shaped stage nestled in the Hollywood Hills, opened in 1922.

Andrea Bocelli, Bob Dylan and Diana Ross were among the artists scheduled to perform this summer. The venue also hosts film screenings and sing-alongs.

The move confirms a precarious financial situation for the LA Philharmonic, which co-manages the Bowl and schedules its summer season.

The company had already scrapped spring concerts at the downtown Walt Disney Concert Hall and drawn on its endowment.

On Wednesday, it announced further cost-cutting measures for the summer. A quarter of non-union employees and the Hollywood Bowl Orchestra will be furloughed, on top of previous salary reductions and part-time layoffs.

“We are doing what is necessary to ensure that we are all here for the next century,” added Smith.

California has registered nearly 70,000 cases of coronavirus so far with more than 2,800 deaths. Los Angeles County alone accounts for nearly half the cases and more than half the deaths.

Los Angeles mayor Eric Garcetti has warned that large gatherings including concerts and sporting events may not resume this year.

“This decision makes me heartsick for all the County residents who have made the Bowl and the Ford a treasured ritual of each summer, although this is the best decision to make in the face of the threat from the COVID-19 pandemic,” said Los Angeles County supervisor Sheila Kuehl. RGA