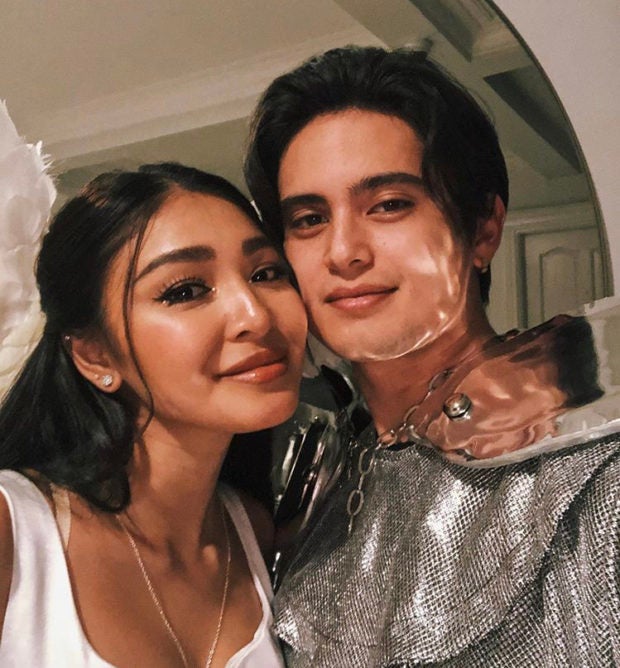 Actor James Reid is selling one of his properties located at a private subdivision, Loyola Grand Villas, in Quezon City. The house is reportedly the one he shared with his former girlfriend, Nadine Lustre.

A month after Lustre and Reid confirmed their split as a couple, the actor announced that his house was for sale, as seen on his Instagram Stories yesterday, Feb. 25.

The property in question is a three-story house and lot with seven bedrooms, two kitchens, a swimming pool, a fully equipped gym, a soundproof recording studio and a garage with a six-car capacity.

Despite not indicating if the house was the one he used to share with Lustre, details of the house suggest it used to be the former couple’s home. 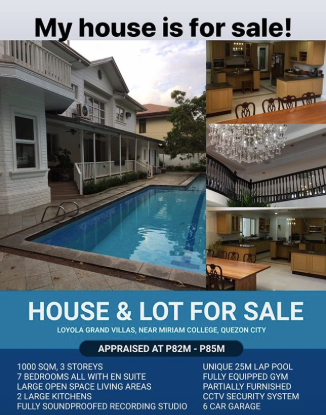 After years of speculation about Reid and Lustre’s living arrangements, the actor confirmed that he and Lustre were living together in 2019.

In Lustre’s Instagram account, the actress has consistently been posting some portions of a property that looked similar to Reid’s house which is up for sale.

Lustre showed a photo of the chandelier and the railing of a balcony on April 2, 2019.

Before Reid even confirmed that they were living together, Lustre also posted a photo of a Christmas tree placed in a wide-open area under a balcony on Dec. 26, 2017.

Last March 12, the actress donned a matching pink attire for the “Ulan” premiere night while leaning behind a railing with a similar pattern. A chandelier was once again visible as her backdrop.

Despite their split as a couple, Reid and Lustre agreed to stay friends and could still be seen hanging out together in the same group.

As actors, the two are busy with their own projects with different on-screen partners. Reid is paired with MOMOLAND K-pop idol Nancy for the series “The Soulmate Project“, while Lustre has teamed up with Thai actor Denkhun Ngamnet in the action TV series “Burado“. NVG

WATCH: James Reid, Nancy talk about their road to acting at ‘The Soulmate Project’ workshop