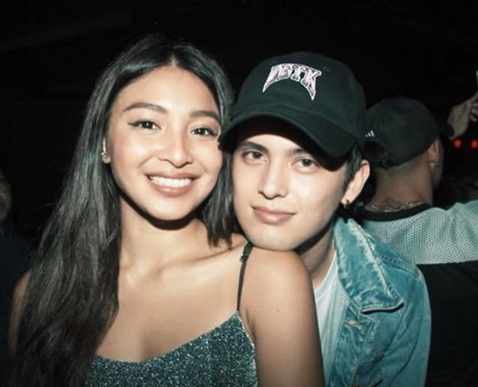 MANILA, Philippines — Actor-singer James Reid has revealed that he and his girlfriend Nadine Lustre are living together.

During his guesting in talk show “Gandang Gabi Vice” aired Sunday, Reid was asked by host Vice Ganda about his relationship with Lustre.

Reid said they have been together for three years and disclosed, “It’s actually my longest relationship.”

“It doesn’t feel like three years. Parang it’s been so fast,” he continued.

“We live together,” Reid admitted. Realizing his slip of the tongue, Reid added: “Did you know that already? Okay, well, we live together.”

Despite living together, the 25-year-old actor-singer shared how he and Lustre still misses each other.

“So yes, we live together, and sometimes kasi, araw araw kayo nagkikita, no space, sometimes you get too comfortable, but then there’s days when she’s working, super busy, parang ngayon. And when she gets home, it’s like, we really miss each other still, kahit isang araw lang,” he said.

Reid and Lustre first admitted their relationship in 2016 during their first major concert titled “JaDine in Love.” /cbb

Nadine says James is her ‘biggest instrument for healing’

James Reid, Nadine Lustre spill on their living situation, Nadine’s pet name for James based on a body part