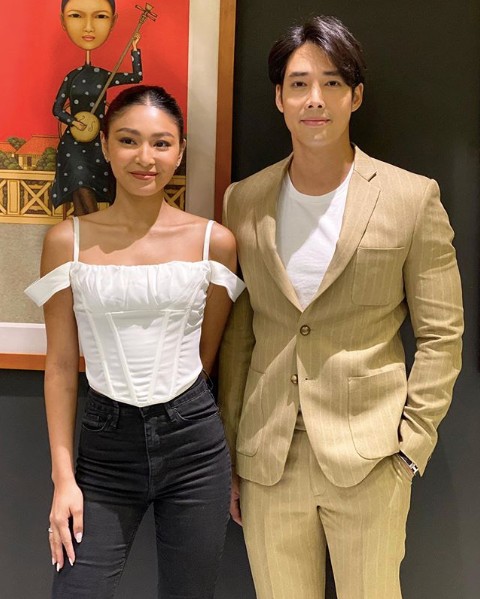 The lead stars of the show all gathered together recently as a group, as seen on Dreamscape Entertainment’s Instagram page yesterday, Feb. 10. The series will be shot in four different countries, namely Thailand, Cambodia, India and the Philippines. The show’s premier is yet to be announced, as of writing.

@montie08: The cast of #Burado (Erased), the newest teleserye of ABS-CBN, to be shot in the Philippines, Thailand, Cambodia & India. 🎉 @montesjulia08 @pauavelino @nadine @onlyzanjoemarudo @denkhun__ngamnet #ABSCBNIsHereToStay

Lustre also posed with her new leading man. The actress sported a simple white blouse and black jeans, while Ngamnet wore a tan suit. Aside from their new project together, both Lustre and Ngamnet have also been acknowledged by the Asian Creative Academy Awards for their acting.

“Burado” will also include veterans in the industry such as Ina Raymundo, Lotlot de Leon, Matet de Leon, Carmi Martin and Raymond Bagatsing, among others. They were present in a lavish dinner for their team, as also seen on Dreamscape Entertainment’s Instagram post on the same day.

While Lustre is preparing for a new TV show with Ngamnet, her former on-and-off screen romantic partner James Reid is also busy with a new series, with K-pop singer Nancy McDonie, in “The Soulmate Project”.

Lustre and Reid stated that they will remain friends despite officially announcing their separation as a couple last month. JB

WATCH: Julia Montes deals with virus outbreak at its worst in ‘24/7’ trailer