MANILA, Philippines — ABS-CBN has found allies in celebrities of its rival GMA-7 as they expressed their support to the beleaguered Kapamilya network.

Even as Kapuso Primetime King Dingdong Dantes acknowledged that GMA-7 and ABS-CBN are competitors, he pointed out that they are all part of one industry. 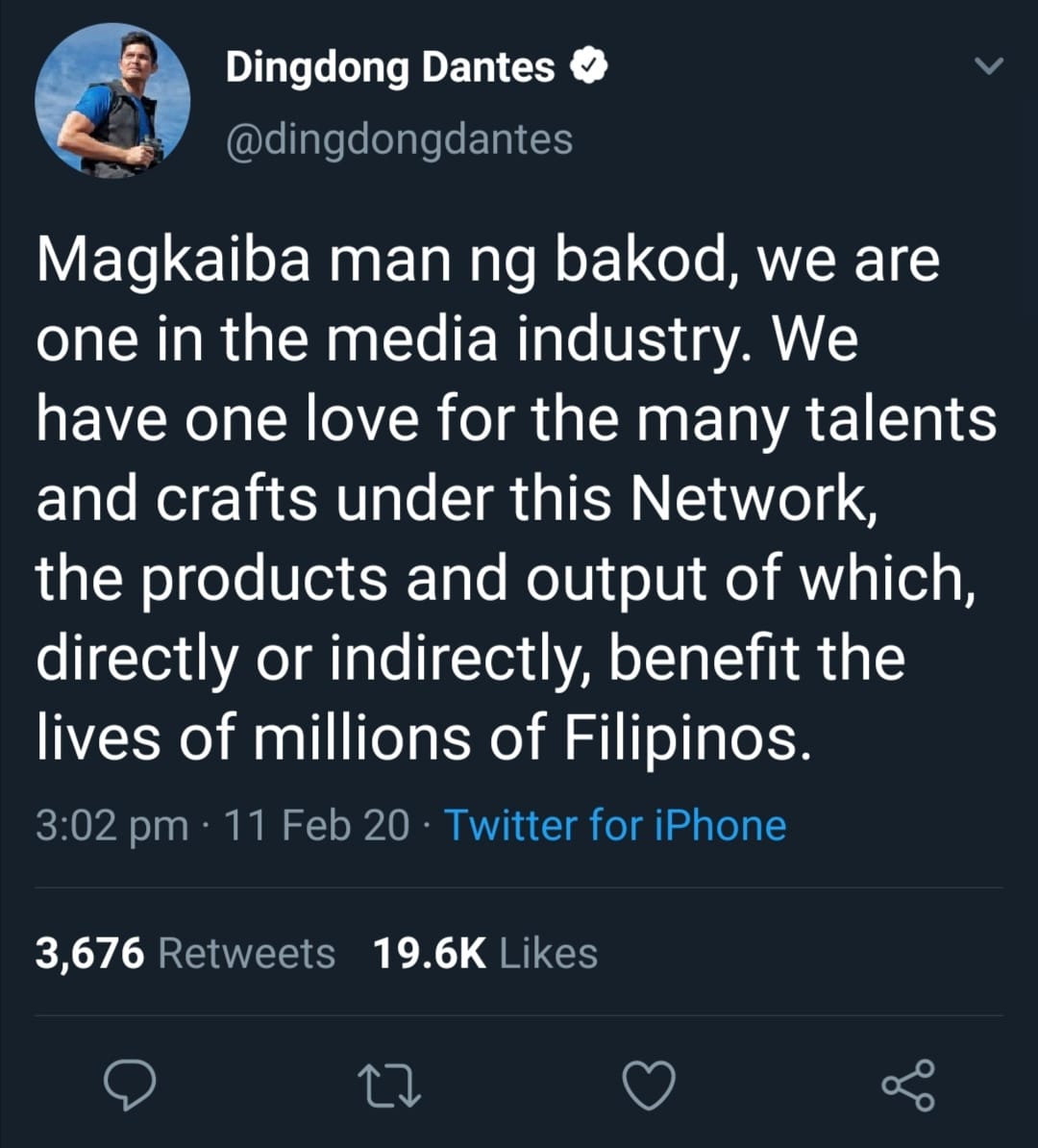 “We have one love for the many talents and crafts under this Network, the products, and output of which, directly or indirectly, benefit the lives of millions of Filipinos,” he started in his series of tweets Tuesday.

Dantes said he hopes “true interests of the people, under the rule of law, will prevail over any other political agenda conveniently veiled as a countermeasure against alleged abuses.” 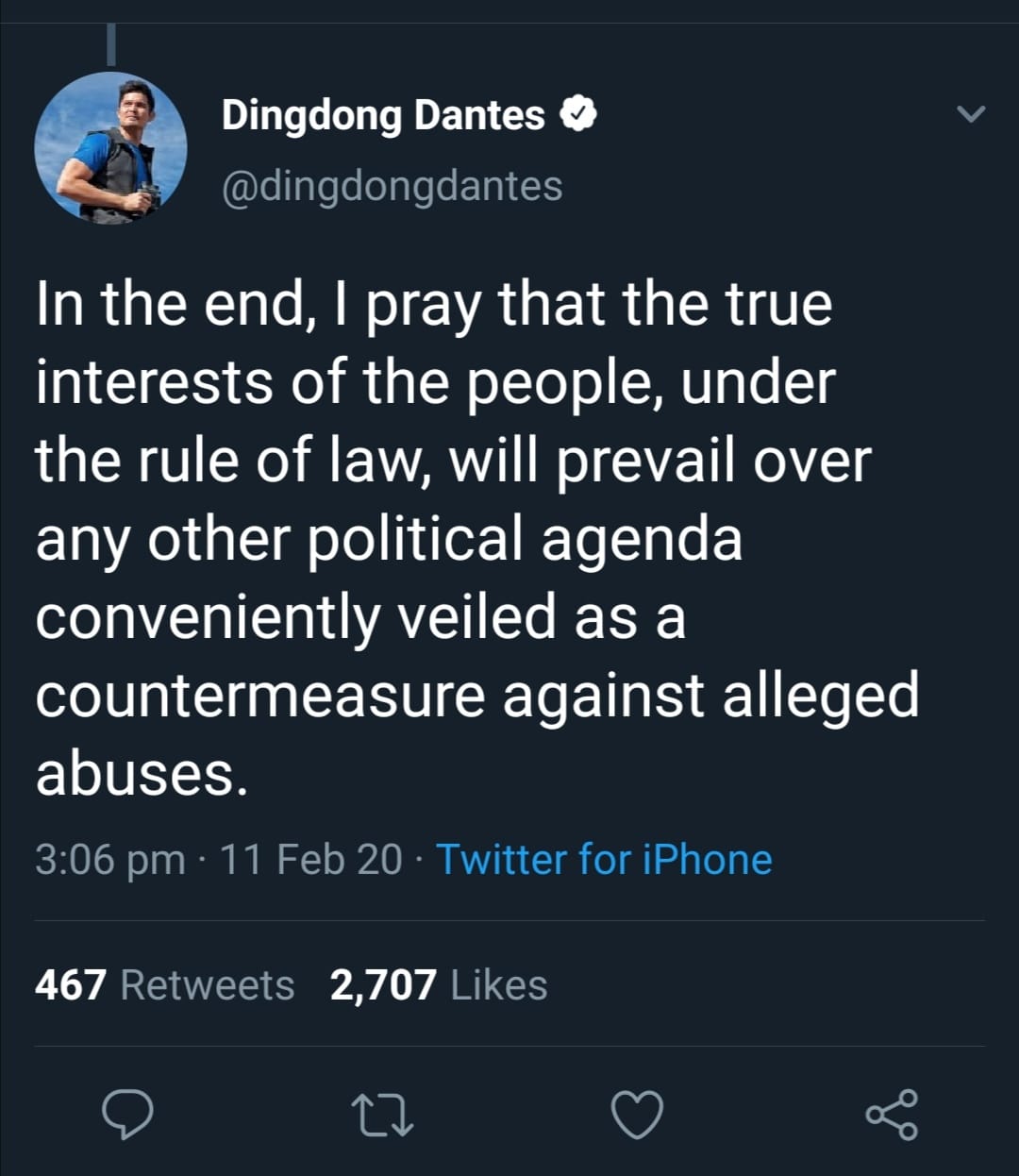 “I pray too that the government, thru Congress, will hear out its constituents. After all, Congress is supposed to represent our ‘voice’. #NoToABSCBNShutDown,” he further wrote. 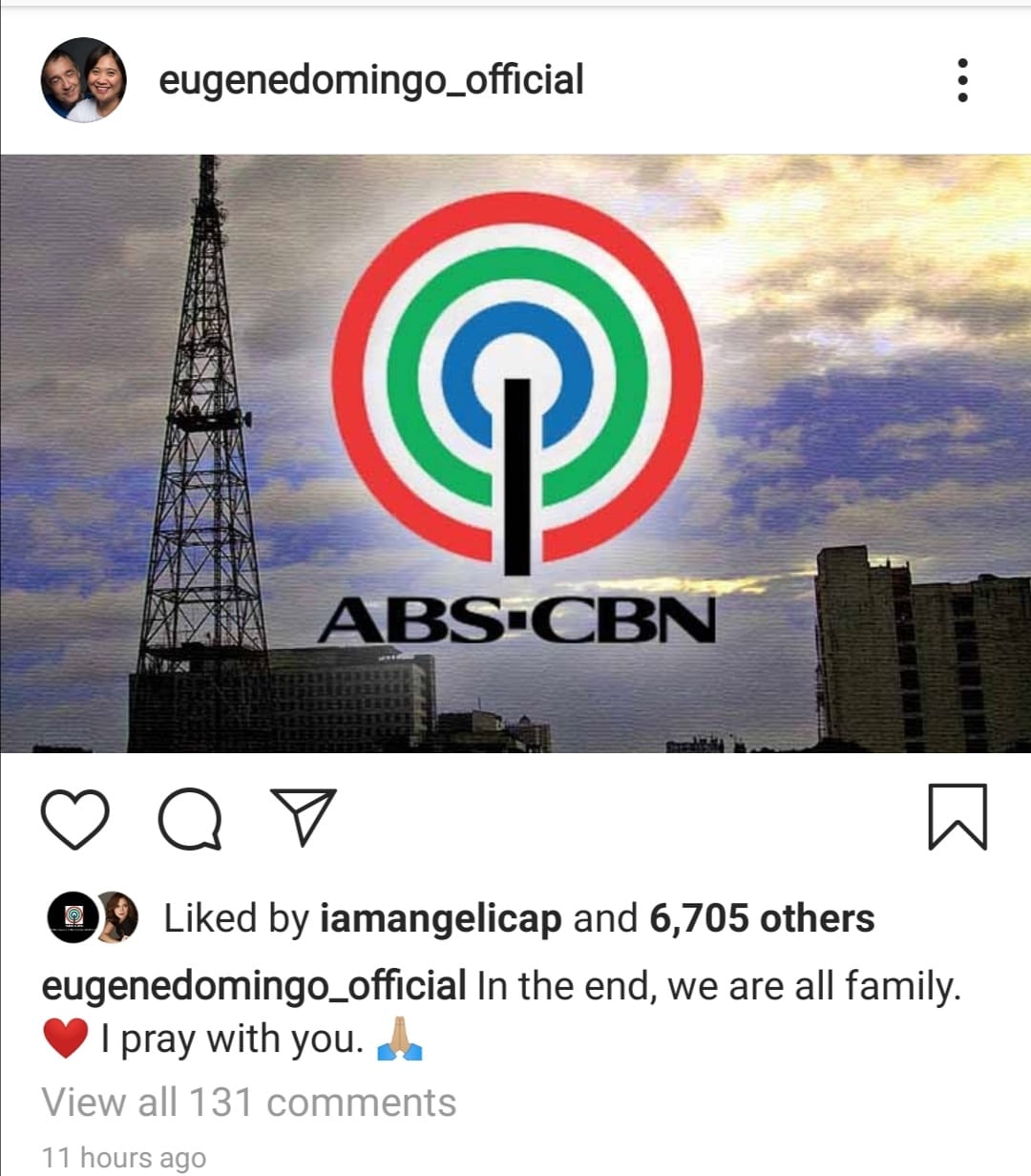 “In the end, we are all family. I pray with you,” Domingo said in her post.

The eldest son of Mr. Pure Energy Gary Valenciano, Paolo, likewise spoke of his support to ABS-CBN in a short yet powerful tweet. 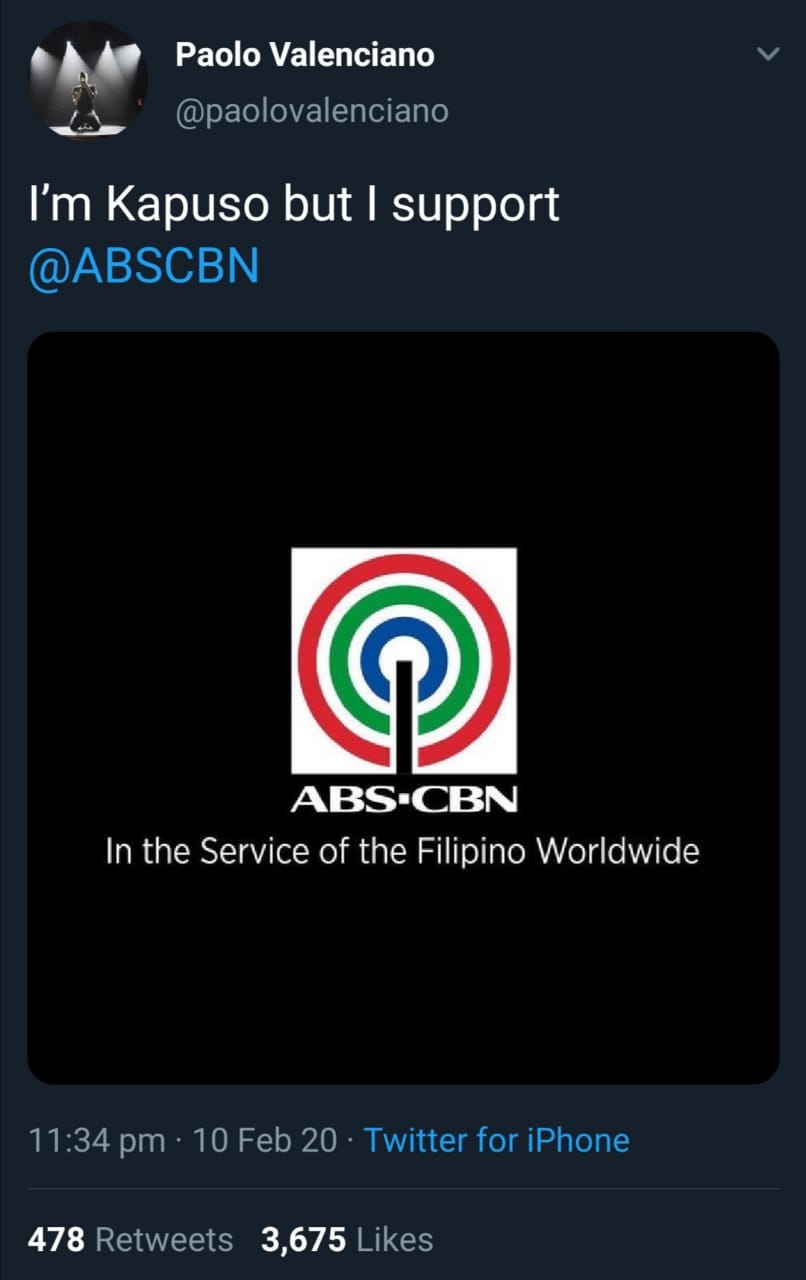 Meanwhile, although Aiko Melendez has switched networks, she said she remains thankful to the Kapamilya network.

(I was also part of ABS-CBN for a long time, I did a lot of great projects with them. I had won numerous awards.) 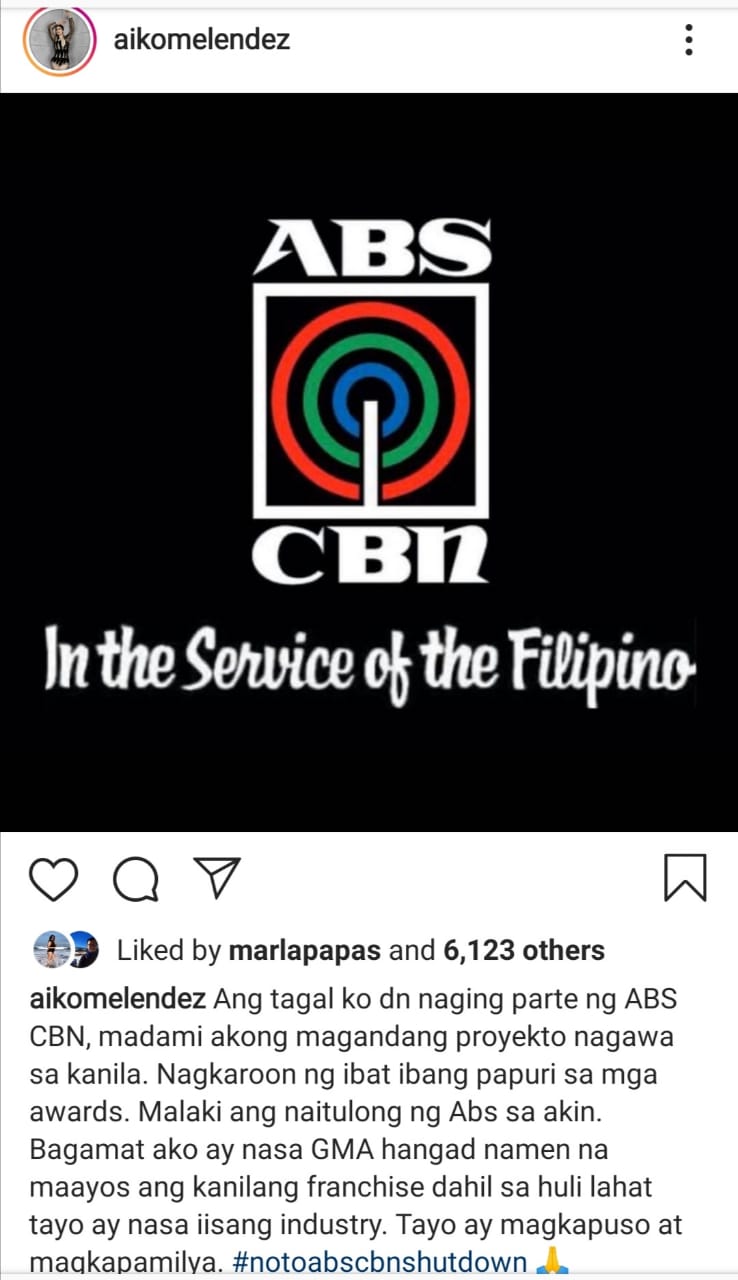 (ABS-CBN has helped me a lot. Even though I’m already a part of GMA, we hope that their franchise will be renewed because in the end we’re all in the same industry.)

“Tayo ay magkapuso at magkapamilya (We’re all Kapuso and Kapamilya),” she further stated.

This declaration from superstars came as the government’s chief lawyer, the Office of the Solicitor General, filed Monday a quo warranto petition to forfeit the legislative franchise of ABS-CBN purportedly to stop the “abusive practices” of the broadcasting company.

Solicitor General Jose Calida personally went to the Supreme Court to file the petition, as he argued that ABS-CBN violated the terms of its franchise.

At the same time, bills calling for the renewal of ABS-CBN’s franchise remain pending at the House of Representatives even as the media network giant’s legislative franchise is set to lapse on March 30 or 48 days from today.

Under Republic Act 3846, all radio and TV networks must secure a franchise from Congress before it can operate