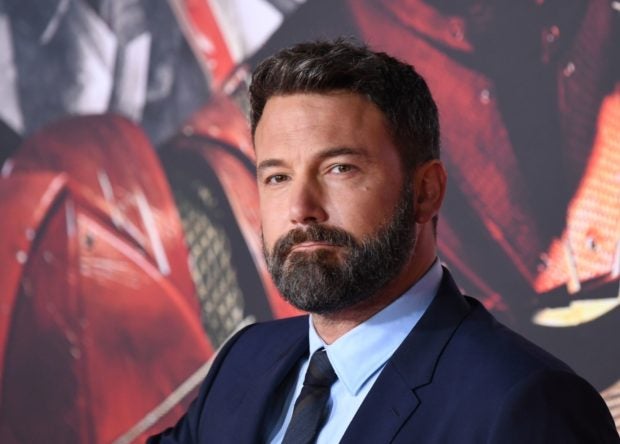 Ben Affleck will be appearing in the screen adaptation of Kate Southwood’s novel ‘Falling to Earth’. Image: Robyn Beck/AFP via AFP Relaxnews

Ben Affleck will star in the adaptation of Kate Southwood’s novel “Falling to Earth” published in 2013 by Europa Editions, according to Variety magazine.

Affleck is famous for his portrayal of characters in “Good Will Hunting”, “Armageddon”, “Pearl Harbor” and “Argo”. He is set to play the character of Paul Graves, the father of a family who survived a tornado.

Bron Studios — whose most recent film, Todd Phillips’ “Joker” is a box-office hit — has begun work on their next project. The company has chosen Hillary Seitz to write the screenplay for Southwood’s “Falling to Earth”.

The story begins on March 18, 1925, when the little town of Marah is hit by the worst tornado in American history.

Victims number in the hundreds and all of the buildings have been destroyed. Paul Graves and his family, however, have been spared. At the end of the day, they find they still have everything they had before the catastrophe — their home, their work, their children.

The story follows the Graves family while the town of Marah begins to rebuild. Their neighbors begin to question how they were the only ones to escape the tragedy, resentment then hostility begin to build to dramatic consequences.

Ben Affleck had been considered to direct “Falling to Earth”. However, as for the moment, he is only attached to the project as an actor. A release date for the film has yet to be announced. CL/JB