MANILA, Philippines – Actress Bea Alonzo found another supporter from the Barretto clan after Claudine Barretto sent her flowers amid rumors of her breakup with Gerald Anderson.

The actor is being linked to another actress, Julia Barretto, Claudine’s niece.

“Love and more love,” a note from Claudine read, as seen in an Instagram story by Alonzo on Monday night. 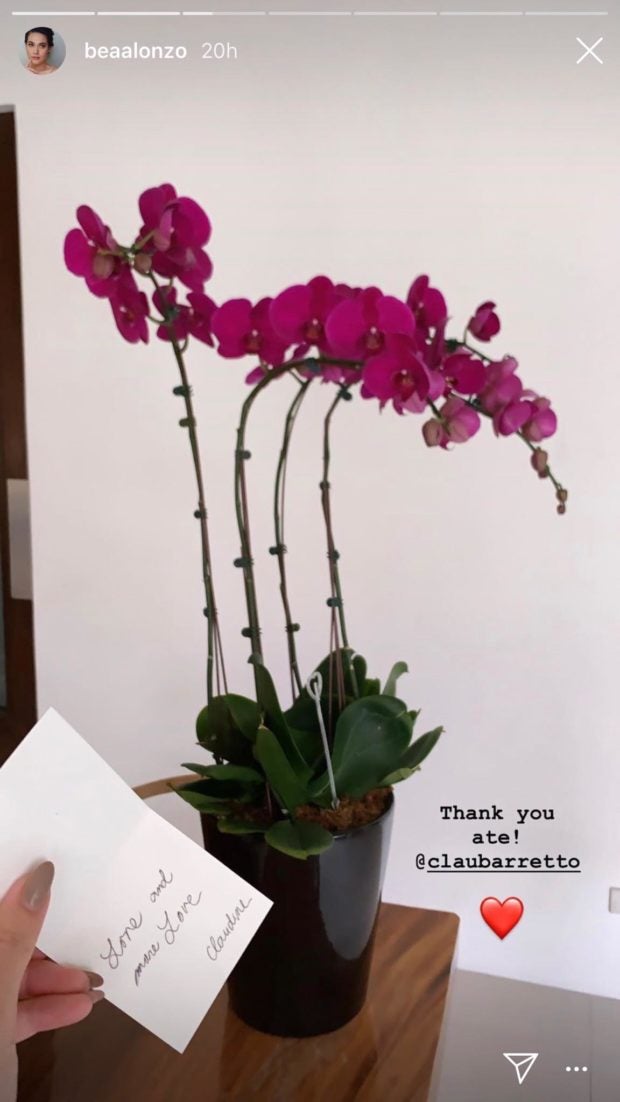 Claudine duplicated the gesture of her sister, Gretchen, who also earlier  sent flowers to Alonzo.

Alonzo has been showered with support from fellow celebrities after speculations about her break up with Anderson surfaced.

Alonzo’s cryptic message on social media fuelled speculation that she broke up with Anderson.

Last Friday, Alonzo finally revealed the real score between her and Anderson: “To my understanding, we did not break up. He just started not talking to me.”

Meanwhile, Julia and Gerald have so far kept mum on the issue.  /gsg