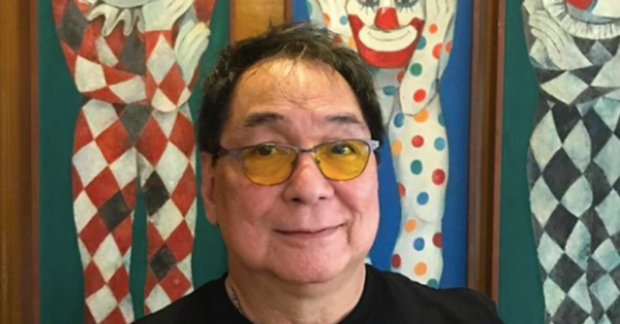 “Eat Bulaga” host Joey de Leon came under fire again after he remarked about co-host Pia Guanio’s thighs during the show’s “Juan for All, All for Juan” segment on Wednesday, July 24.

Guanio joined De Leon and fellow host Jose Manalo, siting between the two men for the segment. Vic Sotto, who usually hosts the segment with De Leon, was apparently absent that day.

At one point during the segment, De Leon joked that Manalo was conceived in tears. As Manalo laughed and laid his head on the desk, De Leon teased him saying he was looking at Guanio’s thighs.

Later at the end of the segment, De Leon thanked Guanio for joining him and Manalo, and for showing them goodness and her legs.

(Thank you Pia for joining Jose and me. Even though you’re rich, thank you for showing us goodness and thighs, okay.)

Netizens on Twitter also claimed they heard De Leon say on the show that it was a good thing Pia joined them that day because they got to see some thigh.

(So someone was watching ‘Eat Bulaga’ and I overheard Joey de Leon saying, “It’s great being with Pia, right, you can see her thigh. Vic is always wearing pants” then they laughed. You are so disgusting Joey de Leon. Until today, most of what comes out of your mouth are foul things).

(I knew Joey de Leon would trend again due to what he said on Eat Bulaga earlier. JDL: It’s a good thing Pia is sitting beside us, we get to see some thigh.)

Meanwhile, one netizen, a certain Krystal (@itsgailkrystal), called for a petition to remove De Leon on “Eat Bulaga.”

“We don’t care if he belongs to the orig Dabarkads or whatsoever pero (but) never tolerate a man who can never learn from his mistakes,” the netizen said. “Too much second chances na ang binigay sa kanya (have been given to him) to recover pero wala pa rin (but still, nothing). Magulat nalang ako wala ng EB hosts [sic]. (I’ll be surprised one day there won’t be any EB hosts).”

There are some, however, who saw nothing wrong with De Leon’s remarks. A certain Christian (@anascochris47) said De Leon has been making similar jokes for quite some time now.

(If Pia was offended, then she should have been long gone from “Eat Bulaga,” but she’s not. So it’s nothing, people nowadays are just very politically correct.)

De Leon has earned flak in the past for problematic statements on live TV and online. Back in February 2018, De Leon was criticized for jokingly asking an “All for Juan, Juan for All” contestant, who shared she was a former prostitute, if she ever had any guests or customers from “Eat Bulaga.” De Leon at the time was referring to co-hosts Manalo and Wally Bayola.

De Leon, too, was called “ignorant” for dismissing depression as just “made up” in October 2017. He also drew ire in November 2017 for an “insensitive” post about drowning.  /ra