Joey de Leon dismisses depression as just 'made up' on ‘Eat Bulaga’; Maine Mendoza says it's not a joke | Inquirer Entertainment

Joey de Leon dismisses depression as just ‘made up’ on ‘Eat Bulaga’; Maine Mendoza says it’s not a joke 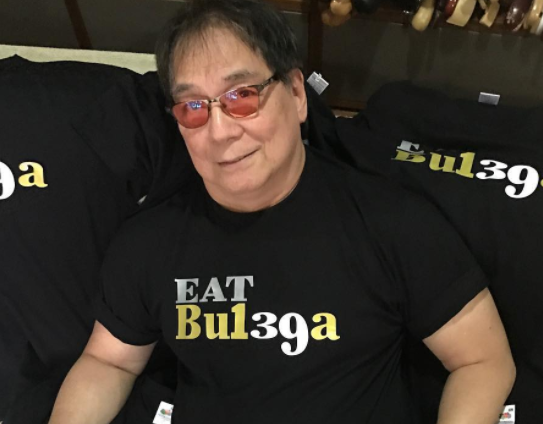 During a segment of the noontime show “Eat Bulaga,” Joey de Leon and other hosts dismissed depression that a barangay resident was suffering from as “just made up” by the person afflicted with it.

Maine Mendoza, Alden Richards, Jose Manalo and Wally Bayola are part of the “Sugod Bahay” gang that visit the home of a winner as part of the “Juan for All, All for Juan” segment.

Today’s winner was a woman, Maria Cristina, who was seen to have a sick mother. When she related to Manalo that her mother suffered from depression, De Leon had a dismissive reaction from the TV studio.

“‘Yung depression gawa-gawa lang ‘yan… Gawa nila sa sarili nila (Depression is just made up. They put it upon themselves),” he said.

“Imbento pala ng doktor pala (The doctor just made it up),” said Bayola.

“‘Pag mayaman, depression. ‘Pag mahirap, wala, wala nang pag-asa sa buhay mo (When you’re rich, you have depression. When you’re poor, you don’t have hope in life)!” he said as the audience laughed.

De Leon has been called “ignorant” and “insensitive” on social media for his remarks, which have also been branded as “dangerous.”

According to the Mayo Clinic, depression is a “mood disorder that causes a persistent feeling of sadness and loss of interest.” The condition may have an effect on behavior and daily activities, and could lead to suicide especially when an individual feels life is no longer worth living.

Depression is as real as any physical illness. “Depression isn’t a weakness and you can’t simply ‘snap out’ of it,” states the Mayo Clinic.

The US National Institute of Mental Health cites that it is one of the most common mental disorders.

The institute cites risk factors including a family history of the illness; major life changes, trauma or stress; and physical illnesses. Treatment varies from person to person with some requiring medications or psychotherapy, or both.

The Philippines’ mental health bill, sponsored by Sen. Risa Hontiveros, passed on its first reading in the Senate. It aims to provide affordable and accessible mental health services to the public.