WATCH: Wil Dasovich on how hard it is to talk about the ‘traumatic experience’ of cancer

Wil Dasovich finally opened up on what went down during his social media hiatus in January. 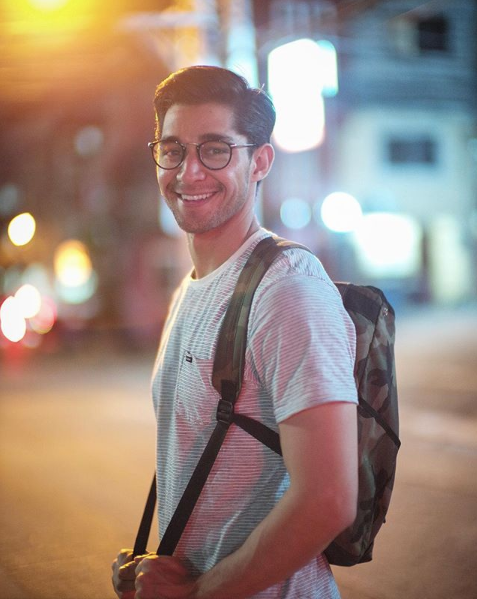 The Fil-Am YouTube personality posted a vlog on Feb. 2 to apologize to fans and brands that he works with about going off the grid. Prior to the vlog, his last post on Instagram was on Jan. 17.

Watch his video below:

He revealed that he was back home in the United States a year after he was told by doctors that he was cancer-free. He has done follow-up scans to check on his condition.

Dasovich explained too why he needed time off from social media and work. He said that after being declared cancer-free, he went back to work and wanted to continue inspiring others with the stories he shares.

In the process, he would talk about his cancer journey, whether in interviews or to followers on social media. But the more he did it, the harder it got.

“Something I never talked about or discussed on this channel or in interviews or to anyone for that matter is how difficult it became over time to talk about the same thing over and over again,” he said.

“I never wanted to complain about it or seem ungrateful given that I’m alive and healthy and doing better than a lot of unfortunate people out there.”

“Every time I do this, it’s like to some extent I have to relive these moments,” he explained, describing having cancer as a “traumatic experience” as it made him confront the idea of death.

Initially, he would respond to every message from persons who talked about their own experience with cancer. He hoped to make them happy, but found himself “overwhelmed” and was left with a “heavy feeling.”

His solution then was to get on with his travel vlog, “pretending nothing is wrong” over the last months. But he noticed too that not talking about how he felt made him shut down and not want to talk to anyone, even those close to him.

Dasovich found solace on his trip back to the States this year and being away from social media.

“Being back at home has given me time and solitude alone, which is something that I haven’t experienced for a very long time and I think it’s really healthy,” he said.

“If there’s anything that I learned from this or a piece of advice I could give it’s to take a break off from social media,” he said, noting that it helps in getting focused back to your goals. “It’s kind of revolutionary not knowing what everyone else is doing.”

He said opening up through the vlog lifted a weight off his chest and was a way of facing his fears.

“It is just me being honest and expressing the notion that I am scared,” he said of the video.

“And until you recognize how much fear holds you back, only then can you maximize your potential and reach that point in life in which you want to get to.”  /ra

Wil Dasovich swims in Pasig River to raise awareness: No discipline, no progress