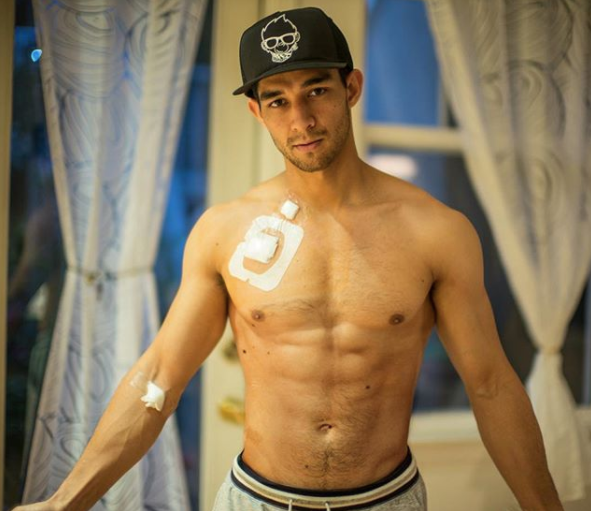 Battling cancer is one thing, but documenting it is another. Yet Fil-Am YouTube star Wil Dasovich bravely documented just about every step of it, from his diagnosis to painful chemotherapy sessions.

In August 2017, he was diagnosed with stage three colon cancer at 26 years old, upending his life as an in-demand vlogger.

Despite the terrifying illness, he plowed on with his videos “to help others and be a positive example,” he tells INQUIRER.net in an exclusive interview.

Dasovich is known for his easygoing nature and humor: he started with vlogs learning Filipino and has since focused on travel vlogs, earning him a loyal following of now over one million followers on YouTube.

He was so open to share his cancer journey that he even disclosed getting his sperm frozen just in case the chemotherapy left him infertile. Antics with his “cancer squad,”  comprised of his dad Steve, mom Charry, sister Haley, girlfriend Alodia Gosiengfiao and friends, were also caught on video, as they accompanied him on chemo sessions.

Inevitably, there were low points. “The hardest part of documenting the journey is the scary parts — like when you think you’re gonna die,” admits Dasovich.

While he underwent chemotherapy, he faced moments of uncertainty, such as when something unknown was found in his lungs midway through his treatment. Viewers saw a Wil who was distressed and not his usual hopeful, expressive self.

“You really shut down when you’re faced upon the reality of death… you don’t wanna talk to anyone and you just become numb to everything,” he explains.

He drew strength from fans, particularly those who were on a similar journey. “I got flooded with messages and such heartwarming comments from a lot of cancer patients… they just want me to continue because that’s what’s helping.”

“Some of them would say I saved their lives because I showed them that it’s possible,” he adds.

He finished nine cycles of chemotherapy and underwent surgery to remove the tumor. Finally, in February, he announced that the cancer was gone. 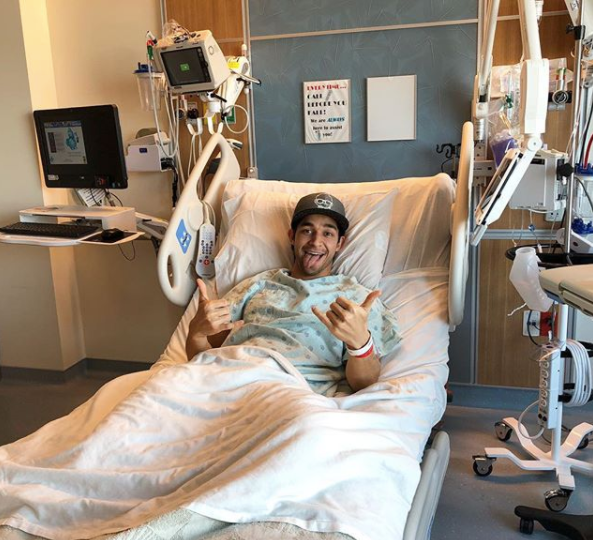 Wil Dasovich after surgery on his large intestine to remove remnants of cancer. Image: Instagram/@wil_dasovich

In his vlogs, Dasovich didn’t hold back on how chemotherapy affected him, such as the pain he felt and the nerve damage he experienced. He relates how some patients would give up on it because of the side effects. “You’re essentially poisoning and killing yourself to save yourself,” he describes the treatment.

He believes exercise — as advised by his doctor — helped in finishing the sessions. “It was definitely a lot easier for me to go through chemo than, I guess, the average person, because I was a very fit individual.”

Perhaps some will be surprised that his main advice is to keep busy as it kept his spirits up. “You definitely have to stay productive because you need to give yourself the feeling of worth or value. So for me, I was able to cope by continuing to work and I still was active.”

In his vlogs, he shares that sometimes he’d forget he had cancer because he kept exercising.

While he appreciated receiving advice on his illness, he says with some surprise, “It amazes me how so many people really believe that they know what is the cure to cancer,” as some suggested he try alternative treatments.

He urges patients to value their oncologist’s advice: “They know more than anyone else out there. They went to school for 15 years, they’re the experts on all the subject. Listen and do what they tell you to do.”

A treatment some might consider controversial that helped him is medical marijuana, which was also upon the advice of his doctors. He hinted at the treatment in a vlog and later on confirmed using it, as reported by ABS-CBN News. The drug is legal in California; he underwent medical care in San Francisco. According to the National Cancer Institute, trials have shown that cannabis helps relieve nausea and vomiting.

And of course, nothing can beat a positive outlook. “I really believe stress and negative thinking will actually help the cancer get throughout more of your body, and positive thinking and being stress-free will help you in the long run.”

‘Taking it easy’ on his comeback

Before cancer, the Fil-Am has been a fitness buff, advocating healthy eating and exercise. Though he enjoys his work, there was also a lot of stress as he kept up with work commitments.

“I was working every single day doing branded content, doing television, just doing work every single day and not really prioritizing my time and relationships,” he says, gesturing to his girlfriend at the last word.

While his manager received a deluge of phone calls as he was declared cancer-free, Dasovich says this time, he will be more selective about projects. He also won’t be doing things on his own: “Right now I’m really working on building a team of people and having employees so they can do more for me so I don’t have to stay up all night editing and trying to do everything.”

“I wanna value my health and my time of course with Alodia and all my friends and the people around me more so than I ever did before,” he asserts.

“I’m still recovering, I’m taking it easy, I’m not going too hard,” he says, though he’s already booked for the following months. He shares that brands are now snapping up him and Gosiengfiao together, which means “even more work.”

He says he’s in the Philippines “indefinitely” as he gets back to the grind and spending time with Gosiengfiao — finally, sans cancer. JB