Wil Dasovich says chemo is working, but afraid of uncertainty 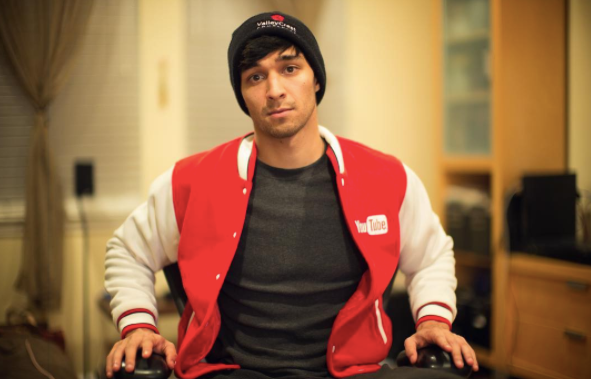 In his last vlog, Wil Dasovich was at a loss for words after a visit to the doctor.

He opened up about how he’s been coping with cancer and why he felt “shooken up” after that visit.

“The good news is that the chemo is effective because the tumor shrank,” said the Fil-Am YouTuber.

“The bad news is they found something in my lungs. They’re not sure what it is.”

A CT scan of his chest remained inconclusive. One possibility is that it is an infection, and the other is that the cancer has spread.

“I was really shooken up by the news… and I just couldn’t vlog,” Wil admitted. “I couldn’t speak. I didn’t wanna speak.”

“All I wanna hear is that it’s not cancer and they could not rule that out. That kind of terrifies me.”

“A bit of a setback”

He said he felt “shocked” because he had kept fit even during chemo. “I was blazing through chemo, I was exercising every day… There was a lot of times I even forgot I had cancer.”

Despite the news that chemotherapy was effective, he said whatever was in his lungs felt like a “little bit of a setback.”

While he was set to do more cycles of chemo, the treatment can’t push through without more information on his lungs.

“If it’s an infection, it’s very dangerous to get sick while you’re on chemo because your blood cells are really low so it’s hard for the immune system to fight an infection,” he explained.

A meeting with a pulmonologist hopes to provide clarity.

“This isn’t something I enjoy talking about”

He also revealed that vlogging about the ordeal could get him down. “This isn’t something I enjoy talking about.”

Known for his animated and wacky sense of humor, he said being asked about how he was coping made him feel uncomfortable.

“Don’t ask me how I’m dealing with it because I’m doing fine until you ask me that question,”  he said.

Otherwise, he is in good spirits. “The good thing and the weird thing is I’m doing great, I feel like I’m doing fine. I’m just gonna continue living on and doing what I’m doing.”

The viral vlogger, best known for his vlogs on travel and learning how to speak Filipino, is based in San Francisco while his colon cancer is being treated. /ra

Wil Dasovich on chemotherapy results: ‘Something is in my lungs’