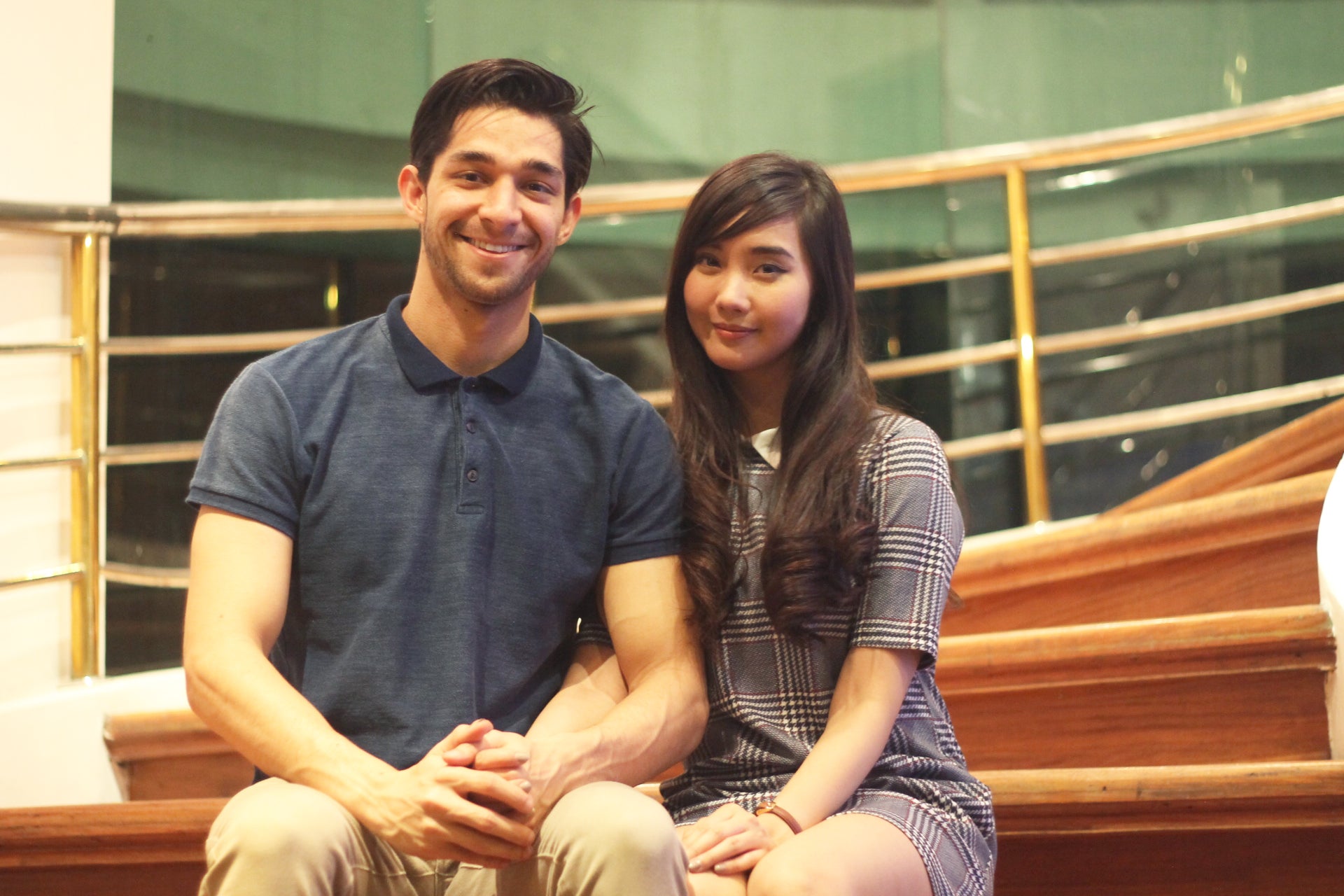 When asked about their first date, Wil Dasovich and Alodia Gosiengfiao laugh as they try to pinpoint an exact day.

“I never took her on a formal date because I wanted to keep things casual. I didn’t wanna like make it seem like I was trying to get with her,” explains the Fil-Am YouTube vlogger to INQUIRER.net.

But their first movie night — they agreed this could be considered as their official first date — was in no less than Hollywood.

Dasovich took her as his plus one to the red carpet premiere of “Spider-Man: Homecoming” last July 2017.

He laughs as he recounts the night: “I was the one invited but more people were going up and taking pictures with her than they were with me.”

Gosiengfiao is no stranger to red carpet premieres and usually invites someone to attend events with her. “This was the first time someone ever brought me,” she says.

“She really liked that, to not have the attention and to be the one to support. It was very memorable,” says Dasovich.

But the two, fondly known as “Wilodia” to fans, are more home buddies and would rather work together than get glammed up for a night out. On Dasovich’s vlogs, at times Gosiengfiao is seen in the background editing in his home.

For them, it’s their happiest moments. “That’s when you know how much you really love each other,” says Dasovich. “Our alone time is the most fun we have.”

Trying to figure out if someone has mutual feelings for you can be a puzzle for many, especially in the age of social media and online dating. But for this influencer couple, it was clear from the start through one seemingly simple action: instant messaging.

“A lot of people might take it the wrong way but we just don’t message,” says Dasovich.

“We don’t have time,” explains Gosiengfiao.

Both admit that they’re workaholics and to stay productive, keep away from instant messaging. Dasovich works on his travel vlogs and branded content nonstop, while Gosiengfiao is a professional cosplayer, gamer and runs gaming company Tier One. But suddenly, they were allotting time for one another after they met.

A fateful meeting last April 2017 for the Influence Asia Awards turned into daily chats — even if they were competitors.

They had their first proper introduction in a Manila airport before going to Malaysia for the event, but clarify that fans have proven that they met previously, only for a brief handshake at another event.

It seems fitting that it’s their work ethic that brought them together. In Malaysia, the two opted to ditch a welcome party to edit their videos. On a bus ride, they discussed their life stories and aspirations.

While they knew of each other from vlogging communities, they were both intrigued with their interests.

“She talked to me about cosplaying and gaming which I didn’t know anything about and I was fascinated by it,” he says.

“I don’t talk much,” admits Gosiengfiao, who even if she says is shy, is accommodating in person. “And for some reason it was kinda easy sharing my story to Wil. Kasi ewan ko (I don’t know why), he’s genuinely interested to listen.”

“We basically shared with each other what we’re doing, how we got to where we are, what we wanna do, our dreams and aspirations and goals in life,” shares Dasovich. “It’s just like everything we talked about we just agreed one hundred percent on and we were just at the same wavelength and from there, there was definitely a spark.”

The chemistry was undeniable and both spent more time together, usually at each other’s houses. According to Dasovich, within two months their relationship had grown to more than just friends.

Aside from breaking their instant messaging “rule,” Gosiengfiao says she experienced many firsts because of her boyfriend.

READ: Alodia Gosiengfiao to Wil Dasovich: ‘My life changed since I met you’

A big deal for her was dropping a work commitment to rush to Dasovich when he was diagnosed with cancer. “Normally I do not drop work, as in like zero,” she says.

Before the heartbreaking news, she had invited him to a gaming event in Germany. They had made plans to travel — and she had no idea of the extent of Dasovich’s illness.

She recounts, “Wil was telling me it was only a tummy ache, there was like amoeba.”

So when he suddenly asked her to go to Los Angeles, she cancelled the commitment despite already signing a contract and not knowing why she had to go to him.

“I couldn’t tell her. I didn’t know how to break it to her. It was something that was going to happen in person,” Dasovich explains, adding that he didn’t want to interfere with her hectic schedule.

“I wanted her to get her work done and not worry about this. So I really did it to protect her,” he says.

When Gosiengfiao arrived in LA, it was her first time to meet his parents when they fetched her from the airport. On the ride home, they broke the news to her. She says she struggled to hold her tears in the car.

“Even if I knew, we went on a walk, that’s when he told me about it, and I said, ‘Yeah, I’ve heard from your parents.’ Then everything changed,” she recalls.

She would fly to San Francisco “around every two weeks” to be by his side.

“I had commitments here and in other countries and I would condense them,” she says. Adjusting her schedule meant doing multiple shoots from morning until evening, and no sleep.

“I sleep on the plane na lang (instead) just as long as I could get back to you,” she says while looking at Dasovich.

The Christmas with him was also the first she spent away from her family, just to make the most of her time with him.

Dasovich, of course, is immensely touched by the effort she made: “She’s never done it in her life. For anything or for anyone. That makes me so happy.”

Both agree about seeing a future together. “We’ve both made it clear that we’ve never had a relationship like this in our lives and we’ve never felt this way,” says Dasovich. 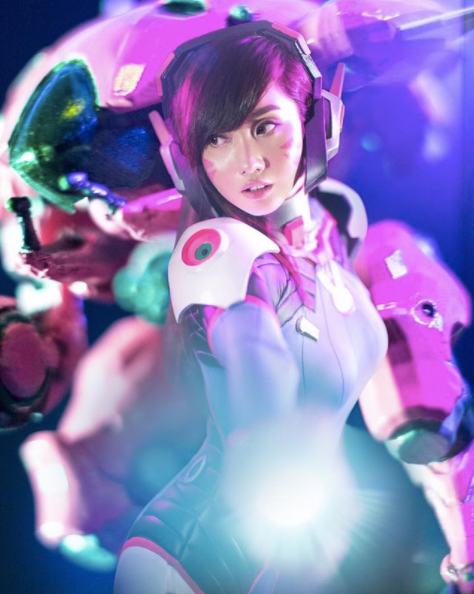 He wants to show his gratitude to her by also exploring her world. When asked if they will be seen together in comic conventions, he eagerly says, “Yes yes yes!”

As for their costumes, they’re going to take fans’ suggestions into consideration. Aladdin is one that usually crops up. “When my hair was long, even the nurses and everyone called me Aladdin,” he recalls.

Another is Tarzan, and Gosiengfiao is willing to go as Jane or an “Asian Princess Jasmine.”

“Harlequin and Joker,” she proposes as Dasovich appears excited.

“She’s already done everything with me,” he notes, stating that she’s even forayed into travel vlogging and a healthy lifestyle because of him. “I think it’s time I adapted to hers.” JB