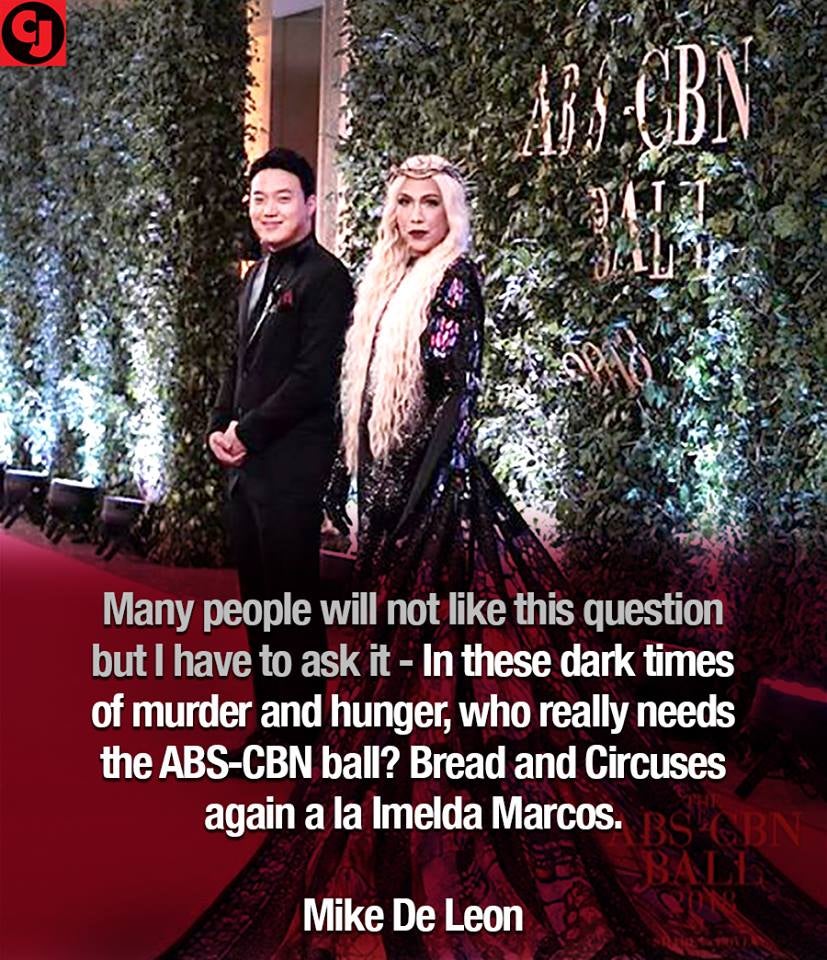 It isn’t just the stars’ eye-catching looks that have caused division among netizens after the ABS-CBN Ball.

On a picture of Vice Ganda and Ryan Bang at the ball’s red carpet, De Leon superimposed the words: “Many people will not like this question but I have to ask it — in these dark times of murder and hunger, who really needs the ABS-CBN Ball? Bread and Circuses again a la Imelda Marcos.”

His name is stated at the bottom of the picture, after the question he posed.

The Facebook post has stirred a debate, with De Leon explaining his side to others who oppose it.

Some argued that it couldn’t be compared to the former first lady’s extravagant parties, as the network used its own funds. 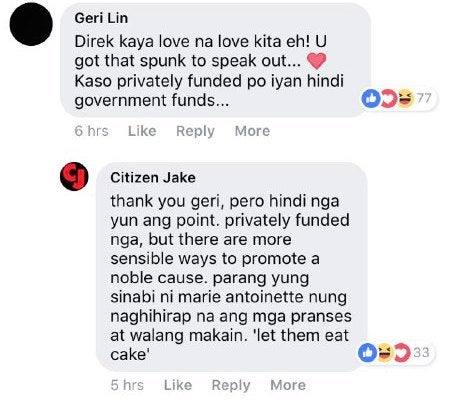 Some, such as one Aldene Jose Lapating Duyag, brought up the charitable aspect of the ball, which was to raise funds for the child welfare program Bantay Bata 163. The network has yet to announce how much funds were raised.

“Kung Hollywood pa, OK lang siguro (If this were Hollywood, it might be OK), but in [a] third world country like ours?” he asked. 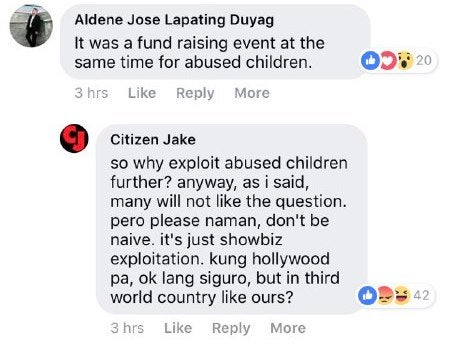 “It’s a network event and that has nothing to do with the present situation of our country,” argued one Regie Que.

“They can do what they want but let them also be prepared for any kind of reaction people may have,” said De Leon. “Celebrities are public property. They should learn to take the good with the bad.” 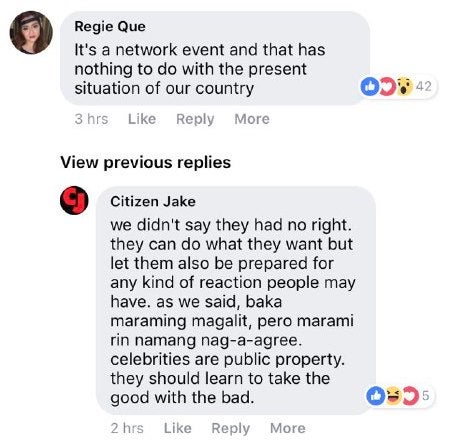 Netizen Forti Suarez concurred with De Leon: “It further promotes a culture of escapism to avoid the grim and cruel reality rather than deal with it. [It shows] opulence and lavishness while corruption, murder, poverty, abuse of power, are swept under the rug.”

(We’re not the market for that. We can’t get angry at everything that makes people happy because it doesn’t suit our taste.) JB

Max will work with Mike again in a heartbeat