Bituin Escalante on voting for Duterte: ‘I was the 16M, but I love my country more’ 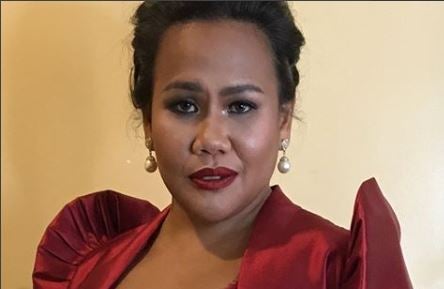 President Rodrigo Duterte appears to have lost the support of another celebrity, this time theater actress and singer Bituin Escalante. The reason somehow echoes those of others who have also expressed withdrawal of support.

Incidentally, the Palace has earlier stated that the President is not affected by the recent double-digit drop in his approval and trust rating, based on the September 2018 survey by Pulse Asia, in light of rising prices of food and products.

Last August, GMA headwriter Suzette Doctolero took to social media to express her dismay over Duterte for his rape joke. Doctolero is known as a supporter of Duterte, but wrote then on her Facebook that he has been a huge letdown. This time, Escalante took to her own Twitter account to share that she was part of the 16 million Filipinos who voted for Duterte.

“I WAS the 16M but I love my country more than the president,” tweeted Escalante last Sept. 25.

I WAS the 16M but i love my country more than the president.

Escalante’s tweet has garnered over 6,000 likes since the time of posting. Meanwhile, a certain Carol (@Carol Del Rosario) replied to Escalante on the same day, telling her she admires the star for speaking out about it.

“May more of those who believed that Du30 would bring about change realize that he has not delivered at all,” wrote the netizen. “We all need to stand up now for the sake of our country. Too much bloodshed, too much vindictiveness and self-interest now.”

I admire you for speaking out on this. May more of those who believed that Du30 would bring about change realize that he has not delivered at all. We all need to stand up now for the sake of our country. Too much bloodshed, too much vindictiveness and self-interest now.

Escalante replied to the netizen, explaining what brought her to vote for the President.

“I did so out of a misplaced anger,” Escalante said. “But I’m rather thick skinned so I have no reluctance putting this out there. I cannot speak for the rest though. The backlash is awful.”

Many of the 16 Million voted for him with reluctance. I did so out of a misplaced anger.
But I'm rather thick skinned so I have no reluctance putting this out there. I cannot speak for the rest though. The backlash is awful.

When asked by one Raquel (@gabb_lah) what took her so long to express her thoughts now,  Escalante said that it didn’t take her that long at all.

“Not that long,” Escalante said. “very early on. After the first spate of EJKs. And then this.”

Escalante then shared a 2016 PEP report of her getting emotional over the Supreme Court’s ruling on the late former President Ferdinand Marcos’ burial in Libingan ng mga Bayani (LNMB).

In a Philippine Daily Inquirer report back in 2016, Escalante shared that she was not happy over Marcos’ burial in LNMB and that the people, to a certain extent, were at fault.

“I think to a certain extent, it’s our fault we weren’t vigilant enough. We can complain all we want about the [Marcos] family coming back [to power], but what did we do?” she said then. “Naiiyak ako (This brings me to tears). I’m upset.”

Among celebrities and other personalities in the entertainment industry, it isn’t just Escalante and Doctolero who admitted voting for Duterte. Back in February, Enchong Dee revealed in “Tonight with Boy Abunda” that he voted “for this president that we have.” Dee is now vocal about the government on social media,  tackling issues such as the drug war and remarks uttered by government officials. JB