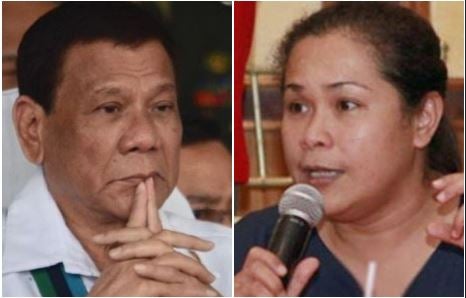 President Rodrigo Duterte has apparently lost the support of a big fan over his latest rape joke.

GMA headwriter Suzette Doctolero, in a Facebook post on Aug. 31, expressed her dismay over the rape joke which the President uttered during a speech last week in Mandaue City, Cebu. Mr. Duterte, commenting on a police report that Davao has the highest number of rape cases this year, said there were many rape cases in Davao because there are many beautiful women there.

While Doctolero knew that the President had made rape jokes before, she found this latest one “disappointing”.

(Disappointing. I feel sorry for the 16 million [who voted for him]. They were betrayed. How low can you go, Mr. President? We have the rice crisis. Look at the long lines at NFA stores, yet here you are joking about rape again.)

Doctolero addressed Mr. Duterte in her post, saying that he was given the rare chance to lead and change the country, “Pero isa ka rin palang malaking letdown.” (But you also have been a huge letdown).

Roque further stated that the “standard of what is offensive and what is not offensive is more liberal in the south,” which, according to Roque, explains the “difference between [the] sense of humor in Luzon, Visayas and Mindanao.”

Mr. Duterte said making the joke was part of freedom of expression.

Doctolero is known for writing the hit drama fantaserye “Encantadia” and “Amaya”, which both featured strong empowered women as lead characters. JB/asu