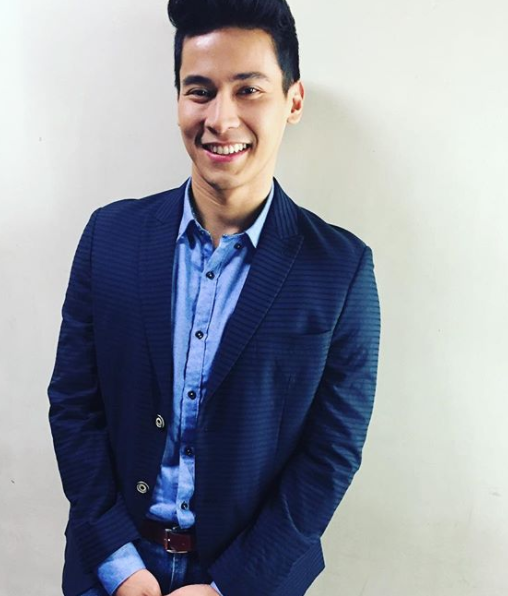 While many showbiz personalities would rather keep mum on their voting preferences, Enchong Dee casually dropped his 2016 vote when he guested on “Tonight with Boy Abunda.”

In the segment “5 in 45,” where guests reveal five unknown facts about themselves in 45 seconds, Dee said, “I voted for this president that we have.”

The actor has also been supportive of Vice President Leni Robredo who, like him, hails from Naga city in Camarines Sur. Robredo belongs to the Liberal Party, which has been critical of the current administration.

Dee, too, has been vocal about the present administration on social media. Some of his posts concern the drug war and statements from government officials.

In August 2017, he commented on a video news report on Kian delos Santos, a 17-year-old killed during a drug raid, “Yet his trust rating… never mind… this has to end,” possibly referring to President Rodrigo Duterte’s approval rating at the time.

Yet his trust rating… nevermind… this has to end. https://t.co/hflntoLFkw

When Congress voted to give the Commission on Human Rights a P1,000 budget, he said, “Philippine politicians should be given Best Actor and Best Actress awards.”

Philippine Politicians should be given Best actor and Best Actress awards #AkoLangTo https://t.co/aeaNEPPwyw

He also vowed, “I will continue to love my country despite this government.”

He tweeted in September 2017, “I wonder what’s the next word the palace would try to use from the dictionary to cover up his mess. Let me help you…He’s a Liar!”

This is a good news: more people are #wokt 😂😂😂 pic.twitter.com/MsdHfvQQtJ

The statement seems to come after Presidential Spokesperson Ernesto Abella described Duterte as “unorthodox” when it was discovered that the President invented a Singapore bank account number that Sen. Antonio Trillanes IV allegedly owned.

After Trillanes proved that he owned no such account, Duterte admitted he made up the bank account number. Abella defended the action as part of a “game plan.”

He hasn’t been spared from the administration’s allies. Recently, Presidential Communications Operations Office Assistant Secretary Mocha Uson’s sexy dance group Mocha Girls attacked him for “bullying” Uson when she mistook Naga for the Mayon volcano’s location. Dee joked on Twitter that he would go back home to view the volcano.

In a now-deleted post, the group called Dee “bakla o supot” (gay or uncircumcised). The actor did not directly respond to their reaction but quoted former US President Barack Obama in an interview where he stated, “You are entitled to your opinion but you are not entitled to your own facts.”

He sometimes uses the hashtag #AkoLangTo (this is just me) on his political statements perhaps to reflect that his opinions are solely his own.  Niña V. Guno  /ra