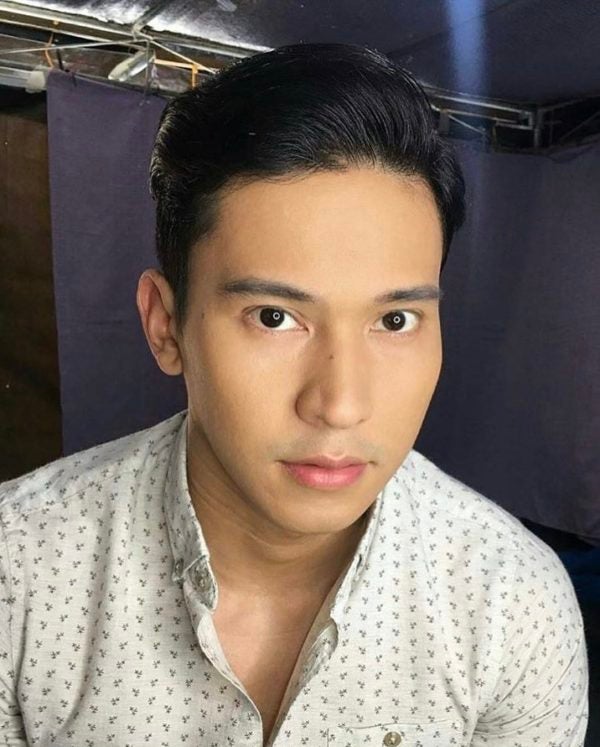 After Presidential Communications Assistant Secretary Mocha Uson mistakenly placed Mayon Volcano in Naga city, which is in Camarines Sur, rather than in Albay province, social media was filled with gags on the active volcano’s relocation.

One of those who joined in on the joke was actor Enchong Dee, who sported his hometown’s jersey in a tweet with the caption, “Makauwi nga sa probinsya ko… balita ko may bago kaming bulkan (I should go home to my province… I heard we have a new volcano).”

While some found humor in it, there were others who defended Uson, including her own sexy girls’ group, Mocha Girls.

In a now-deleted post, the group accused Dee of “bullying” their leader with the statement, “Ano ang tawag mo sa lalaking nangbubully ng babae? BAKLA o SUPOT (What do you call a man who bullies women? Gay or uncircumcised)?”

They said that even after Uson issued an apology, “ang mga bashers binully pa rin siya kasama na diyan si Enchong. Kaya yan po ang tanong namin (bashers continue to bully her including Enchong, which is why we pose that question).”

Siyempre sumaklolo ang Mocha Girls para sa bobo nilang lider. And this is what they ended up with: homophobic and supot-shaming haha it's like grade 5 kids ranting pic.twitter.com/rU9Srf93yf

Netizens slammed the use of hate speech, with one observing that the language was “like grade 5 kids ranting.”

Another step backwards for this country courtesy of the Mocha Girls.

“Another step backwards for this country courtesy of the Mocha Girls.”

Being labeled as “supot” was also decried as part of the culture of toxic masculinity. In the Philippines, circumcision is a rite of passage to manhood.

Perhaps the Mocha Girls were taking a page from President Rodrigo Duterte, who has said homophobic slurs against opponents such as US ambassador Philip Goldberg and Commission on Human Rights head Chito Gascon.

Another netizen noted, “If their archetype of MAN is murderous, misogynistic, and predatory; gags about rape, objectifies women, and brims w/ bigotry…then being gay is a total upgrade.”

If their archetype of MAN is murderous, misogynistic, and predatory; gags about rape, objectifies women, and brims w/ bigotry…

THEN BEING GAY IS A TOTAL UPGRADE.

“I know there’s something wrong with being murderers and being corrupt politicians,” he said.

The Mocha Girls have not commented on the backlash and continue to hail Uson on their Facebook page. These posts include praising her “humility” in admitting the blunder and even raising the possibility of increasing tourist arrivals in Bicol.

After his tweet on Naga, Dee shared a clip of an interview with Barack Obama.