Veteran broadcaster and television host Jay Sonza seemed to have crossed a toe out of line when he called Kris Aquino’s 10-year-old son, Bimby, “baklain” in a Facebook post-cum-rant last Jan. 24.

The 62-year-old Sonza is a public figure, having been a broadcaster for decades both for ABS-CBN Broadcasting Corp. and GMA Network Inc., and has served as a journalist in manifold respected publications.

Sonza tried to have a go at politics as well, running for senator in 2004 under the Aksyon Demokratiko party and being nominated by BATAS party list once more in 2007. He also filed candidacy for vice president in the 2010 Philippine elections. Sonza, however, was unsuccessful on all occasions.

(I don’t know if I should be happy or sad about the current state of Philippine media. Can you believe it, Bimby, Kris Aquino’s son from her third partner, slipped in a swimming pool and suddenly it’s the headline of radio and television networks!)

The Queen of All Media is not to be trifled with, but Aquino, instead of taking a jab at Sonza, decided to take the high road. In an Instagram post last night, Aquino shared a quote by George Bernard Shaw to her followers: “Never wrestle with pigs. You both get dirty and the pigs like it.”

Aquino also wrote: “I strive to earn an honest living, pay my 35% in income tax as a responsible citizen, share my blessings by opening more food outlets that will provide more jobs, continue supporting feeding & outreach programs under the missions of my Catholic Faith, and above all else be the best mother i can be.”

“My Mom didn’t raise me to just be a survivor, she raised me to be a deserving winner,” wrote Aquino. “Kick me down, and time has taught me- someone in heaven just makes sure to strengthen my wings. Positivity wins.” 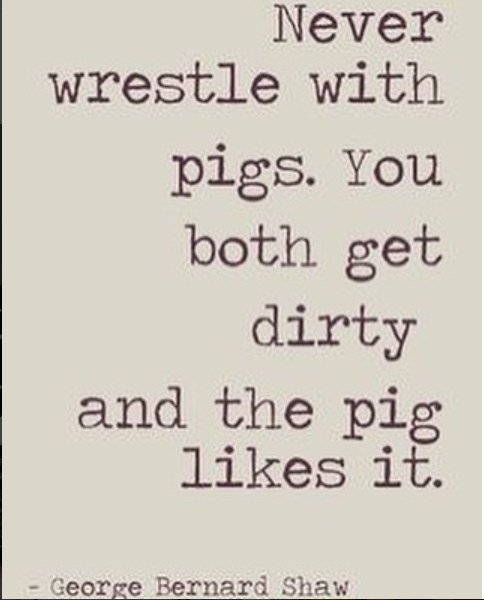 Sonza was referring to the news of Bimby being rushed to the hospital two days ago after slipping during his swimming lessons. Aquino, being the doting mother, shared a picture of the unfortunate situation to her followers, expressing joy that nothing terrible happened to her son, save for soft-tissue contusions. 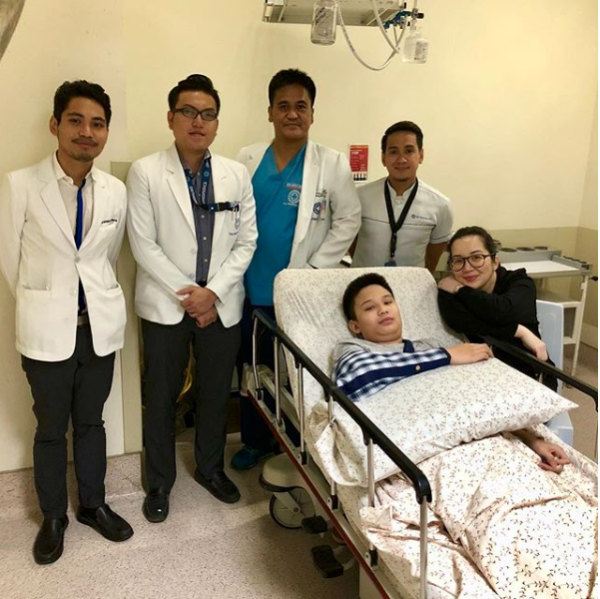 Meanwhile, Sonza’s post didn’t sit too well with some netizens. A certain Alex Vista wrote, “What does his sexuality have to do with this? It saddens me that it comes from an older man like yourself, whom I suppose have a maturity to understand how things are, sexuality wise.”

Others called on Sonza not to make being gay a part of the issue, and begged to leave the 10-year-old Bimby alone, who is still just an innocent child.

Amid the netizens’ call-outs, Sonza found himself backtracking and quick on his defense.

“Am sorry folks, but my translation and definition of ‘baklain’ is simply clumsy (as in madaling matisod, sumabit, matumba, matapilok, etc.) for lack of better translation when I wrote the post,” wrote Sonza. “It was not meant as others may mean it differently.” /ra