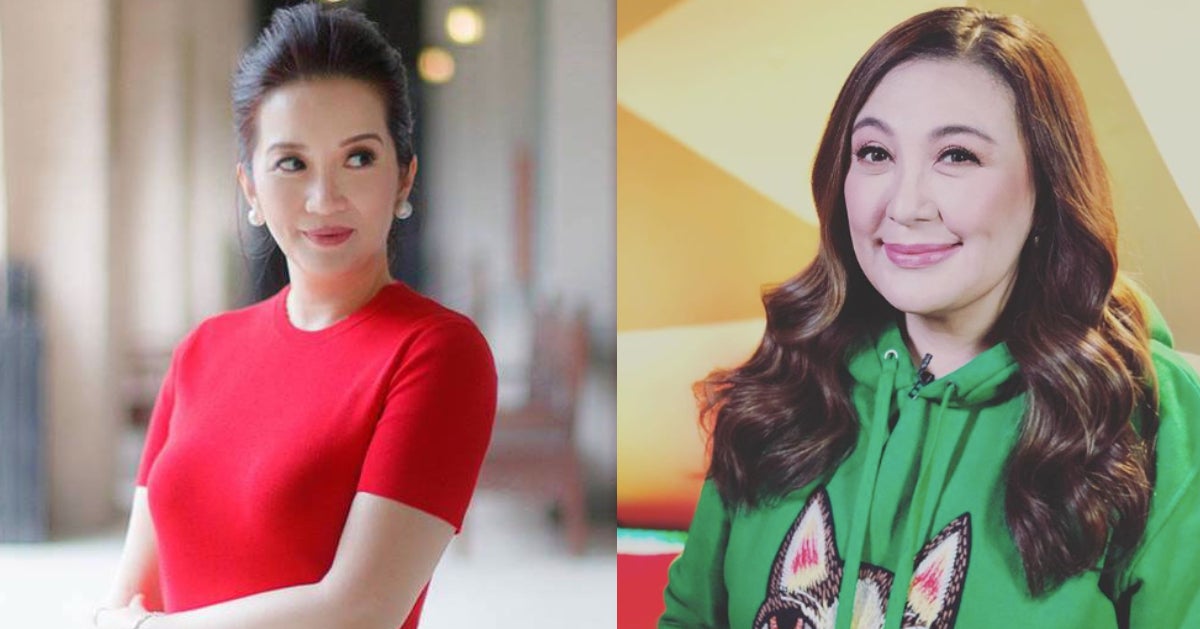 Sharon Cuneta has rushed to the defense of Kris Aquino against critics over her brief appearance in the rom-com “Crazy Rich Asians.”

Aquino was one of two Filipinos in the all-Asian cast. The other Filipino was Nico Santos, who played a supporting role as Oliver T’sien, a cousin of the protagonist Nick Young.

The Queen of All Media made an appearance as a Malay royalty during the elaborate wedding scene. Despite her short screen time, her presence makes an impact on a movie where Asian values of social status and family are at play.

Cuneta wrote on Instagram yesterday, Aug. 28, to lament critics’ comments at Aquino, noting that this reflected the negative Filipino trait of crab mentality.

“I said [during an Instagram Live session that] it didn’t sit well with me how some people were criticising Ms. Kris Aquino’s short appearance in ‘Crazy Rich Asians,’ instead of celebrating that she WAS at all part of that Hollywood movie that has now hit #1 at the box office.”

“Guys, when one of us has the blessing of being chosen among hundreds to become part of a Hollywood movie — especially from a major studio and based on a best-selling book, we should be happy. Proud,” she urged.

“It opens more doors in world cinema for Filipinos and other Asians, like Ms. Lea Salonga opened doors for many in Broadway,” she explained. “A short — but important — exposure in a film like this should’ve made us all root for Kris.”

“Crazy Rich Asians” has stirred a whirlwind of support around the world. Besides making history as the second Hollywood movie to feature an Asian cast since “The Joy Luck Club,” it has also broken box office records.

In the Philippines, the film shattered the record for All-Time Biggest Opening Weekend for a Foreign Romantic Comedy, last held by “Maid in Manhattan” in 2002.

Aquino has shared her success with Filipinos, ensuring that her team consisted of fellow Pinoys. Her gown in the movie was by Filipino designer Michael Cinco and during the Hollywood premiere, she wore Michael Leyva.

The actress wrote on Instagram yesterday of how grateful she was for the opportunity to bring Filipino pride to the movie. She thanked Filipino fans who, she said, applauded when she appeared onscreen.

Aquino said, “This feeling of solidarity for the sake of our national identity will forever inspire me to strive harder to promote and protect our values, dignity, and grace as a people.”  /ra