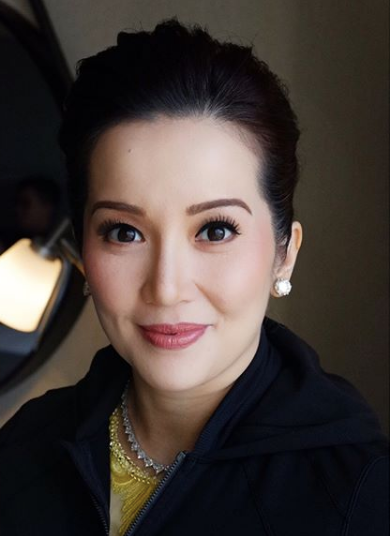 The “Crazy Rich Asians” fever is just starting in the Philippines, but one artist seemed to be in awe of one character portrayed by no less than the Queen of All Media, Kris Aquino.

” It is really amusing to know that the role was given to a legit rich Asian who happens to be the daughter of our former President and former Senator,” Balbaboco wrote on Instagram last Aug. 16. “So technically, Kris Aquino will be there as herself, bringing glamor from afar.”

Aquino revealed in August 2017 that she was indeed part of the movie adaptation of the best-selling novel. She even defended her role numerous times as she has a less than five-minute screen exposure.

“I felt when auditioning for this that there was absolutely nothing left to lose [and] whether I was included or not — I gave it my very best,” Aquino said of the time she was auditioning for a role in the film.

“Crazy Rich Asians” is currently showing in theaters since its release to Filipino audiences on Wednesday.  /ra