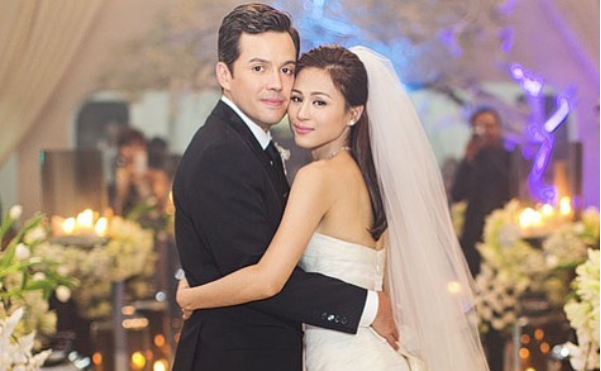 It seems uncanny if not admirable that someone like Toni Gonzaga—who has lived under the spotlight long enough—would choose to mark her wedding anniversary absent of all the pomp and noise that comes with show business. But this is exactly what she did when she honored her anniversary with Soriano in muted fashion two days ago, June, 11 by posting a throwback picture of the two of them in their wedding.

The picture showed Gonzaga and husband film director Paul Soriano half-hugging each other in the middle of the church aisle as they gazed back at the camera.

Gonzaga and Soriano tied the knot on Independence Day, June 12, three years ago back in 2015 after eight years of dating. It was a moment that perhaps, for some, seemingly followed a convenient linear trajectory, but Gonzaga has said before in her wedding speech that their relationship was anything but easy.

“Paul, as I look back, I couldn’t help but wonder why you never left,” said Gonzaga in a wedding video captured and edited by wedding videographer Bob Nicolas. “Our relationship was never easy, for eight years you have fought for your position in my life. And there are times when I would see you get tired. But there was never a time you gave up.”

Gonzaga also shared in her Instagram Stories last night a bouquet of white roses while tagging her husband in the process. It is known that Soriano is away from home and is presently in Vancouver, Canada to shoot scenes for his film, “Nick and Ali”, with movie leads Aga Muhlach and Bea Alonzo. 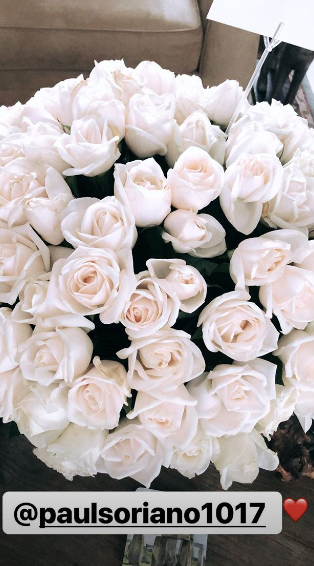 Today, the husband-and-wife remain together despite the odds, their lives blessed with their son, baby Seve, who just turned 1 year old last September 2017. The dynamics between them have changed, from just having each other’s company for many years to now a small family of three.

These days, a quick glance on Soriano and Gonzaga’s Instagram profiles would show fewer pictures of each other, and more of baby Seve and the latest projects they are working on. And despite being married, the two remain focused on their careers.

It’s a reality that perhaps would ring true to many married couples: that marriage isn’t always fun, and the wishes of one sometimes have to take the backseat to give way for the other. And more than just an exchange of sweet words and mementos, staying together means accepting that there will be lots of sacrifices, but also redeeming tradeoffs.

Happy anniversary, Toni and Paul! Their wedding video may be watched below: