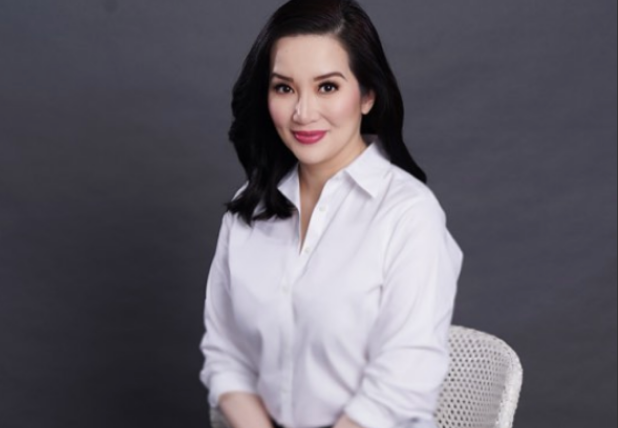 After an endless buzz about her possibility to run for a Senate seat in next year’s elections with her cousin Sen. Paolo Benigno “Bam” Aquino IV, Queen of All Media Kris Aquino, for the nth time, shot down all rumors she’ll be a senatorial candidate.

Kris said there is no chance for her to vie for the Senate because of her previous commitments to her endorsement deals.

While Kris thanked her cousin for the conviction that she’ll make it given her influence and intelligence, she made him realize that she’ll be in deep trouble if she does, as most of her endorsements specifically state that she cannot seek for an elective office while on tenure with these brands. She shared her heart about it through a lengthy Instagram post on June 14.

She even reminded her cousin of a contract negotiated for her by no less than his wife Mary Fatima Gomez-Aquino, which also bars her from entering the political arena.

Running a long list of her endorsement deals, the TV host made it clear once again that she prioritizes the trust and confidence that such brands afforded her and intends to keep true to her word.

“All of whom I have commitments with that specifically state that I won’t seek any elective post in 2019 & I will refrain from any divisive political statements except when defending honor & dignity of family…,” she wrote.

(I have fear. I am afraid of ruining my word of honor and destroy that feeling that I have to be proud of—I know how to appreciate debt of gratitude and I have loyalty to those who gave me work and [their] trust)

Over just a few days ago, Kris had a much-publicized spat with Presidential Communications Assistant Secretary Mocha Uson in defense of her parents over the latter’s attacks that spawned from the controversial kiss of President Rodrigo Duterte in Korea.

In her rare live interview with veteran showbiz columnist Cristy Fermin last June 7, where she spoke about the issue with Uson, she had already said that she won’t be seeking for a government post. The interview happened days before Sen. Bam made the comment on her highly possible win should she run.

In the interview, she made a clear picture of the consequence she’ll face once she runs and the damages she’ll have to cover.

“I will not run for 2019, I cannot, I’m not allowed, because we computed, I will have to give back twice as much for the contracts that I will not finish. Several companies have that, the big ones. Once you seek elective office, you will give money back, not just money but damages. I’m being so honest to all of you, I can’t afford it,” she said.

“I am not simple yet. I would need to divest businesses which are growing as of yet. I have 14 branches of Potato Corner and Nacho Bimby two branches of Chowking. I have many employees to compensate and KCAP [Kris Cojuanco Aquino Productions] is growing bigger and bigger so once I run, goodbye to all of those,” she added.

She also shared her older sister Ballsy Aquino’s words about her running, “You are not ready. You can only be ready Krissy if you be as simple as Mom.”

But if ever the time comes that she’ll run, she said that this is going to be her platform.