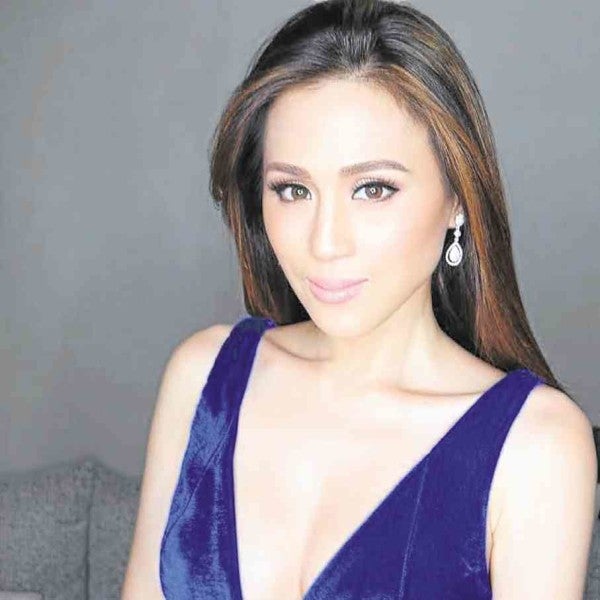 “I used to think that moms who went through depression were just exaggerating. I was wrong. I experienced self-pity. It was like I carried someone in me for nine months, then he was gone all of a sudden. I felt incomplete. I would cry in the bathroom or when I’m alone,” she recalled.

Toni has managed to overcome PPD. “I experienced it only for a few months. Seve would cry when he’d get separated from me. It was difficult, especially when I was already too tired of breastfeeding and wanted to rest. I’d cry with him. I once told him that he was making a dramatic actress out of me.” 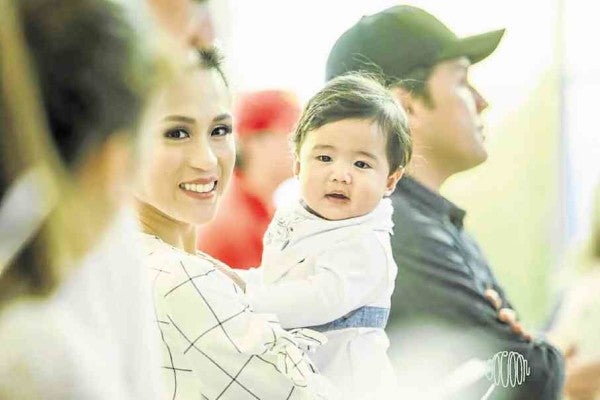 Toni’s advice to young moms who could be going through something similar: “Make sure you always have someone with you whom you can talk to—be it your mom or sister. See to it that you and your child are surrounded by people. They will cheer you up. I got through PPD quickly because people took notice and warned me about it.”

For Toni, being a mother “is the most challenging role I’ve ever played in life, but it’s also the most fulfilling.”

Her biggest fear as a mom is whether or not she’d be able to teach Seve “to be God-fearing and respectful of his parents and elders. I know that, for the rest of my life, I’m responsible for the welfare of this person. How he will be as a grown man will reflect the way Paul and I are as his parents.”

“The original plan was to hold it at an events place, but my parents asked, ‘Why not do it in a place that’s memorable to both of you?’ And it was also where we got married,” she explained. “It was a small gathering. His godparents were Paul’s and my siblings. We believe that being a ninong or ninang is a big responsibility. If anything happens to us, we know that a family member will step in to take care of Seve.”

Asked how she was feeling now that she has returned to hosting, Toni said: “I used to relate to the contestants as an artist. I would recall the times when I would join auditions but get rejected. Now, I relate more to their parents. I can imagine the happiness the mother feels when she learns that her child gets picked to join the show.”

Toni will likewise begin shooting for her “reunion movie” with Piolo Pascual and filmmaker Joyce Bernal in April.