Teenage talent search winner has ‘music in his soul’ 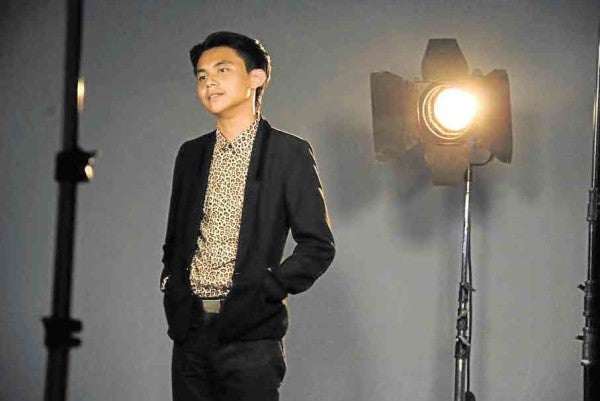 Just because you’re in a contest doesn’t necessarily mean you have to treat it like one.

Competing in “Music Hero,” a talent search for young, aspiring instrumentalists in the noontime variety program “Eat Bulaga!,” 17-year-old electric guitarist Blaster Silonga knew that he needed to deliver the goods for a shot at the big prize.

This mindset of Blaster did end up paying off well. By displaying a proficiency in “axe-shredding” that was deemed impressive—especially for a guy his age—by the judges, the guitarist was hailed the “Ultimate Music Hero” during the tilt’s recent grand finals.

“I’m happy and humbled; I didn’t expect this. My father always told me not to think too much about the prospect of winning, and try to just enjoy myself and the moment,” said Blaster, son of the singer Allan Silonga, member of the male vocal group Daddy’s Home.

And while he seemed nonplussed when his name was announced, Blaster admitted he actually felt like vomiting at the time: “My mind went blank. I took deep breaths. I might have looked like I lost, because I couldn’t hear well. Or I wasn’t focusing enough,” said Blaster, who took home a P500,000 cash prize.

The last leg of the competition saw Blaster and seven other instrumentalists being grouped into two bands and battling it out with the pieces of music assigned to them. Blaster, Joaquin Rodrigo (drums), Josh Espinosa (saxophone) and Zild Benitez (bass) played “Locked Out of Heaven” by Bruno Mars.

“My fellow contestants were all great. So I’m glad I was able to share the stage with them and share our music with the public,” said Blaster, who looks up to John Mayer, Steve Lukather—and, before he picked up the guitar—Michael Jackson. “I used to fancy myself to be a good dancer!”

For his solo spot, Blaster performed Alicia Keys’ “If I Ain’t Got You.”

“Aside from the melody, I also love its message. It’s a longtime favorite that has had a huge impact on me,” said the young guitarist, who rehearsed for four hours almost every day leading to the finals.

Asked about his future plans, Blaster said he’d continue playing music, and learning other musical instruments. “I don’t just want to be a guitarist, but a musician—someone who doesn’t just know how to play, but one who has music in his soul,” he said.