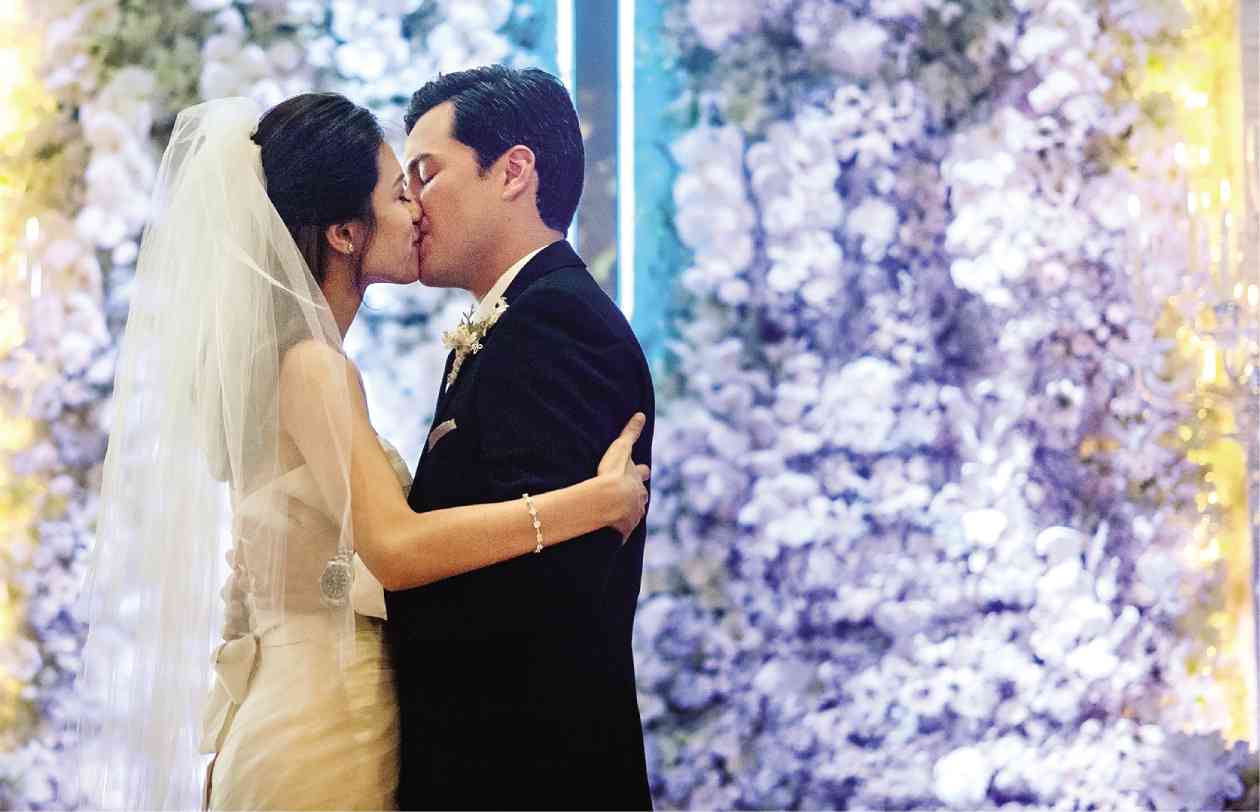 SEALED WITH A KISS TV host-actress Toni Gonzaga marries longtime boyfriend director Paul Soriano on Friday in solemn rites at the United Methodist Church in Taytay, Rizal province. The ceremony was “filled with love, light and humor,” observed singer-actress Lea Salonga, who was one of the couple’s celebrity godparents. CONTRIBUTED PHOTO FROM OLY RUIZ

Isn’t it ironic that lovers should tie the knot on Independence Day?

But actress-TV host Toni Gonzaga and commercial and film director Paul Soriano chose to exchange “I do’s” at 3 p.m. on Friday, the country’s 117th Independence Day, at United Methodist Church in Taytay, Rizal province, where the bride spent her growing up years.

It was there where the bride first sang before a crowd and was told that she could start a singing career, the bride was quoted in an earlier interview.

The 30-year-old Toni, born Celestine Cruz Gonzaga, looked very regal in a gown by popular American fashion designer Vera Wang. She said she has always admired Wang’s bridal dresses and would often visit the New York-based designer’s boutique when she was abroad.

He arrived at the church at 2 p.m., waving at the large crowd gathered outside. His bride arrived a little past 3 p.m.

When the groom met his bride at the altar, he shouted, “I love you Celestine,” in what appeared to be a reenactment of a soda TV commercial in 2001 that featured Gonzaga with actor Piolo Pascual. The commercial opened the doors for Gonzaga’s entry into show business.

Valenciano’s husband Gary, one of the principal sponsors who played a big role in the couple’s meeting, sang during the ceremony.