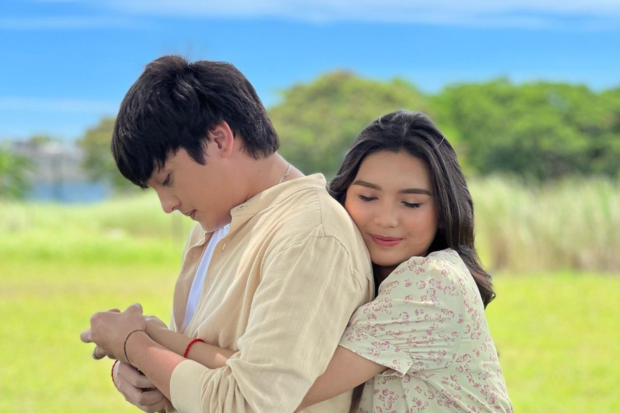 Seth Fedelin and Francine Diaz, collectively known as FranSeth, might have worked together in several projects in the past, but “Dirty Linen” will be the first teleserye that they will be paired up as a love team.

Fedelin and Diaz first worked together in the ABS-CBN dramas “Kadenang Ginto” and “Huwag Kang Mangamba” but were paired up with Andrea Brillantes and Kyle Echarri, respectively. They were also among the original members of the youth-oriented unit, The Gold Squad, until they decided to pursue their showbiz careers as individuals.

The teen actor revealed that he’s grateful to work with Diaz again, but this time as an onscreen partner, at a “Dirty Linen” media conference that was live streamed on Dreamscape Entertainment’s Facebook page on Tuesday, Jan. 17.

(We feel pressured to work together as a love team but we learn more about each other as time goes by, and we’re happy. I’m happy because Francine is my best friend and we’re working together as a team.)

Fedelin said he initially didn’t know that he would be paired up with Diaz in the teleserye. The actor also shared that upon seeing his “Dirty Linen” co-actors for the first time, he couldn’t say no to the project.

(Actually, we didn’t know that we would be paired up together in the project. We didn’t talk about it before the announcement. We just met each other at the storycon and after seeing the actors that I’ll be working with, who am I to reject the offer?)

Prior to working together as a love team in a teleserye, Fedelin and Diaz starred as a couple in the music video of “Muli” by singer Ace Banzuelo in July 2022. The actor also revealed that he once had a crush on his onscreen partner during a lie detector challenge in September 2022.

Produced by Dreamscape Entertainment, “Dirty Linen” is directed by Onat Diaz and Andoy Ranay. The series will premiere on Jan. 23 and will be broadcasted via Kapamilya Channel, Jeepney TV, A2Z, TV5, and iWantTFC.

Seth Fedelin admits he had a crush on Francine Diaz