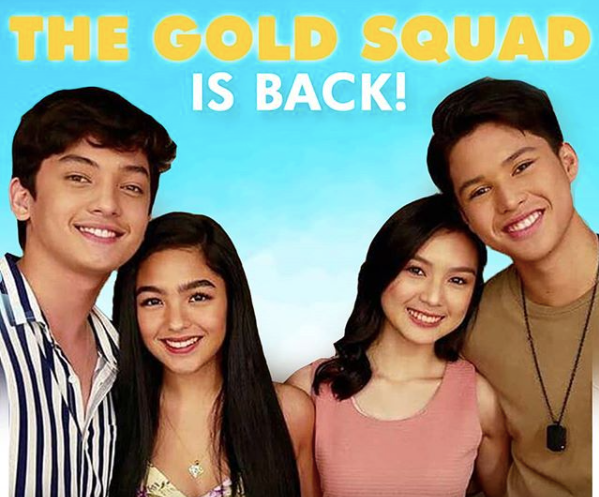 The young stars of “Kadenang Ginto” Andrea Brillantes, Seth Fedelin, Francine Diaz and Kyle Echarri, collectively known as “The Gold Squad,” will be teaming up again for an upcoming teleserye.

The four will be starring in Dreamscape Entertainment’s “Huwag Kang Mangamba,” the Kapamilya production company’s newest inspirational show following classic titles such as “May Bukas Pa” (2009) and “100 Days to Heaven” (2011), among others.

“Huwag Kang Mangamba” has no official release date yet, although Dreamscape Entertainment announced that it is premiering soon.

The production company also recently announced the comeback of Erich Gonzales on television, as she is set to star in the upcoming teleserye “La Vida Lena.”  /ra