Seth Fedelin admits he had a crush on Francine Diaz 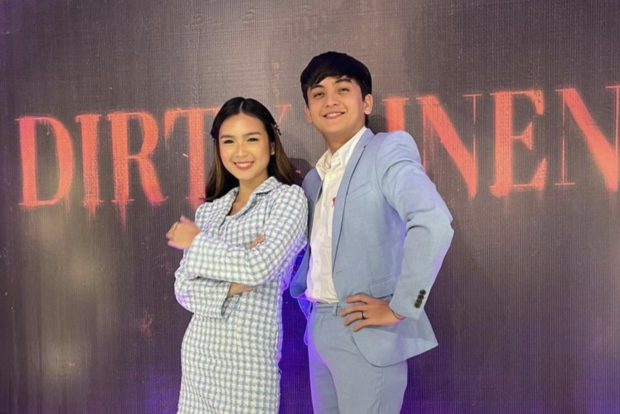 Seth Fedelin has confessed he once had a crush on his fellow actor Francine Diaz, as he took on a lie detector test.

The actor admitted this during a lie detector test challenge with his teen group The Squad, as seen on their YouTube channel last Wednesday, Sept. 21.

While Diaz was sitting in front of him, Fedelin was asked, “Totoo ba na nagka-crush ka kay Francine Diaz (Is it true that you had a crush on Francine Diaz)?”

The lie detector confirmed that Fedelin was telling the truth, prompting Diaz to talk about the subject.

“Dati pa ‘to guys, dati pa… Matagal na panahon… Nahihiya siya kapag kinukwento ‘yun,” Diaz said, as Fedelin tried to interrupt her. (This is in the past guys, in the past… A long time ago… He gets shy when we talk about it.)

Despite his past crush on Diaz, Fedelin confessed he feels awkward when it comes to FranSeth, his love team with the actress. He was also asked whether he really likes being in show biz, to which he responded that he does like the job while describing it as “magulo” (messy) and “mahirap” (difficult).

Fedelin currently appears in the streaming TV series “Lyric and Beat,” in which he stars with his ex-girlfriend, actress Andrea Brillantes. He is also set to star in the ABS-CBN series “Dirty Linen” with Diaz, Janine Gutierrez and Zanjoe Marudo.  /ra

Andrea Brillantes, Seth Fedelin not open to working together for now