Andrea Brillantes, Seth Fedelin not open to working together for now | Inquirer Entertainment

Andrea Brillantes, Seth Fedelin not open to working together for now 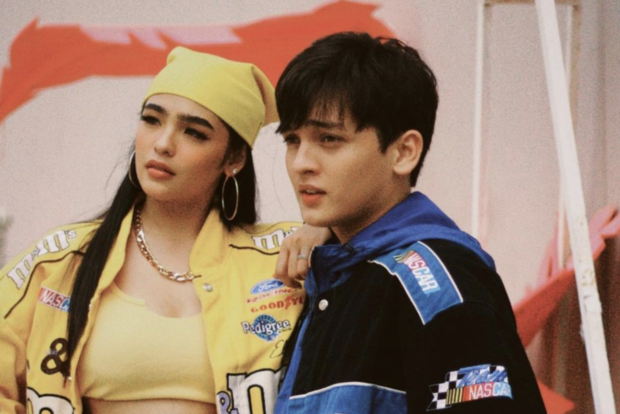 Andrea Brillantes and Seth Fedelin admitted they are not open to working on another project together just yet, but stressed they may be open to it again in the future.

The actors and former couple opened up about their working relationship in the bloggers conference for their new series “Lyric and Beat,” as seen on iWantTFC’s YouTube channel yesterday, July 14. The pair was asked whether they were open to doing another project together after the upcoming show.

For Brillantes, working with Fedelin again is “too complicated,” given their past relationship. Earlier this year, she  alluded to the issue involving their fans and fellow Gold Squad Member Francine Diaz. Gold Squad is the group of actors who played main characters in “Kadenang Ginto.”

(For me, we were not the only ones who got hurt, but the fans as well. It became like dodgeball: What to believe, what to hold on to.)

The actress noted that, for a fan girl, the situation can be confusing for those who are supporting Fedelin’s love team with Diaz, FranSeth.

(Especially now that there is FranSeth, I don’t know if the relationship will still be healthy between Gold Squad, Squadmates, FranSeth, Francine fans, his fans [and] my fans if we keep on switching partners.)

For his part, Fedelin explained that he and Brillantes might still appear together onscreen at some point in the future, though it may not be as the love team SethDrea.

(For now, just because we will not be working together does not mean we really will never do it, that we do not want to. It is not like that. We are just thinking of what is right for now.)

Brillantes and Fedelin also emphasized that there has been no awkwardness between them despite their past relationship and they remain professional when doing a project together.

“Before po, since alam niyo po ‘yung relationship namin before, meron kaming nasa set kami at inis kami sa isa’t isa pero magwo-work pa rin po kami,” Brillantes recalled. (Since you know our relationship before, there were instances when we were fighting, but we still worked.)

Brillantes and Fedelin were together for two years before breaking up in October 2021. While the actress described their split as “painful,” she said it was a mutual decision.

Brillantes is now in a relationship with actor-basketball player Ricci Rivero.  /ra