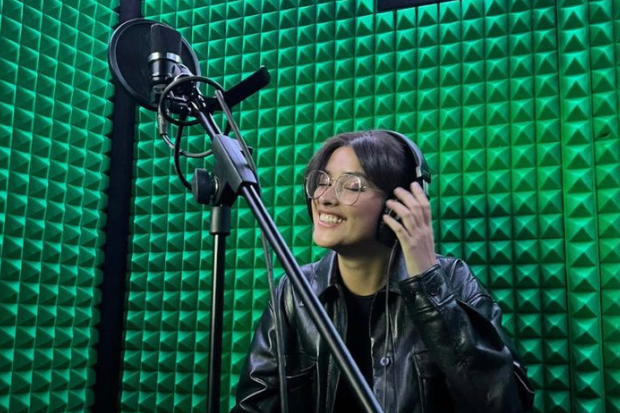 Liza Soberano may soon be treating fans to her own song as she teased plans of releasing music and assured fans that she has not “given up” on acting.

The actress talked about her career plans during a Q&A session with fans through her label Careless Music’s Instagram Stories yesterday, July 14.

“Are you planning to release your own music soon?” an anonymous fan asked Soberano, to which she answered affirmatively. 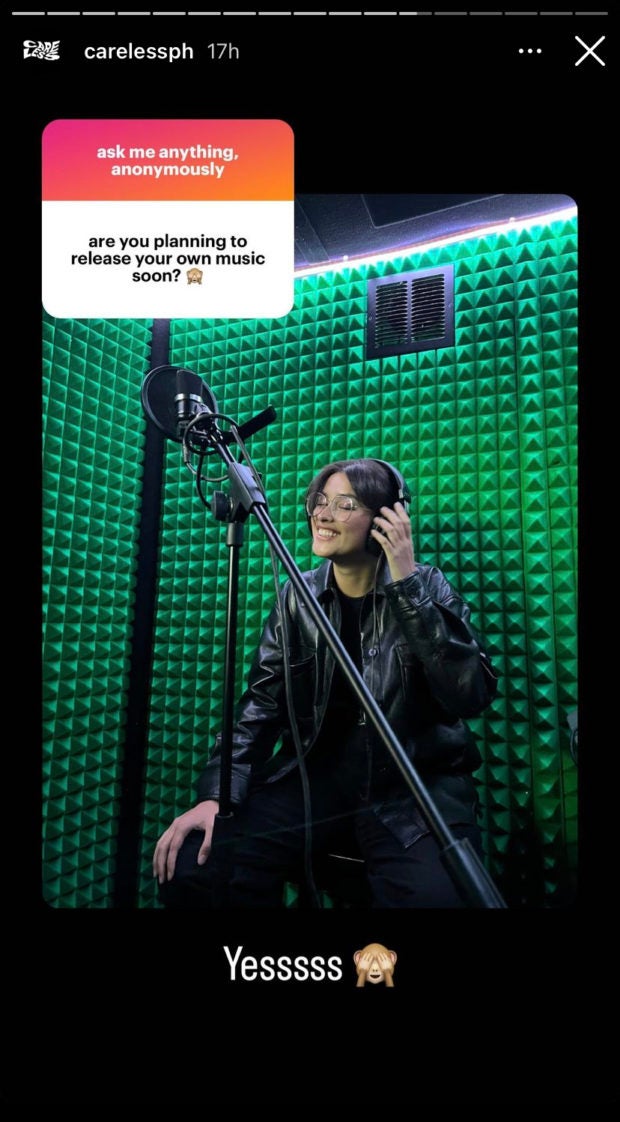 Meanwhile, another anonymous fan asked Soberano how she felt about taking “a different course and not acting,” prompting the actress to explain that she was not letting go of her acting career.

“I haven’t given up on acting. It’s still my main thing but because I’ve been doing it for so many years, I feel like there’s not much for me to do in the [Philippines] that will really help me grow and hone my craft,” Soberano replied. “That’s why I’m being very selective about the roles I take on and so far I haven’t found the right one.” 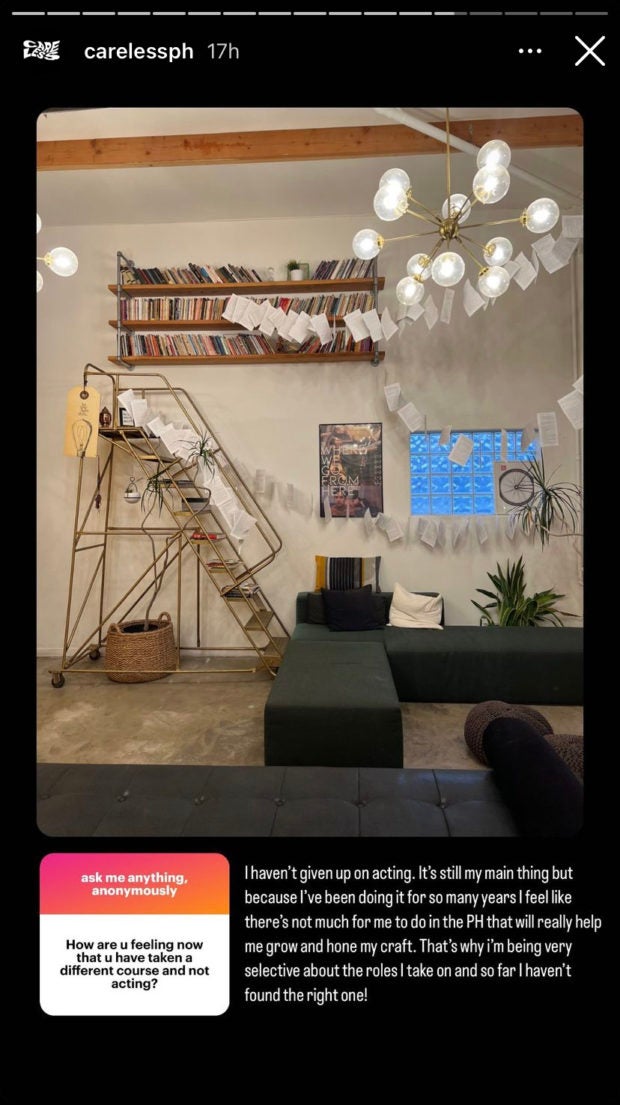 After years of being managed by comedian Ogie Diaz, the actress officially joined the label in a contract-signing event last month. She then had a photo shoot with fellow Careless Music talents, including actresses Nadine Lustre and Issa Pressman, earlier this month.  /ra