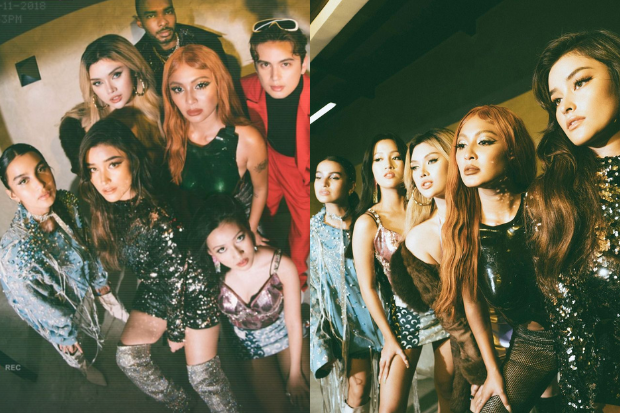 Liza Soberano, James Reid and Nadine Lustre wowed fans in a rare magazine shoot together, along with their fellow artists from Reid’s Careless Music.

The three actors were joined by Careless Music talents: actress Issa Pressman, as well as singers Lesha, Jolianne and Massiah, as seen on Pressman’s Instagram page yesterday, July 1. The pictures were taken by photographer Shaira Luna for the lifestyle magazine Nylon Manila.

Soberano looked dazzling in a sequined mini-dress and sparkly boots, while Lustre stunned in a black molded corset and glossy pants. Reid wore a red suit with matching red trousers.

For her part, Lustre showed more shots from the photo shoot via her Instagram Stories today, July 2. In the snaps, the artists can all be seen striking poses at what appear to be a recording studio and a dressing room, among others. 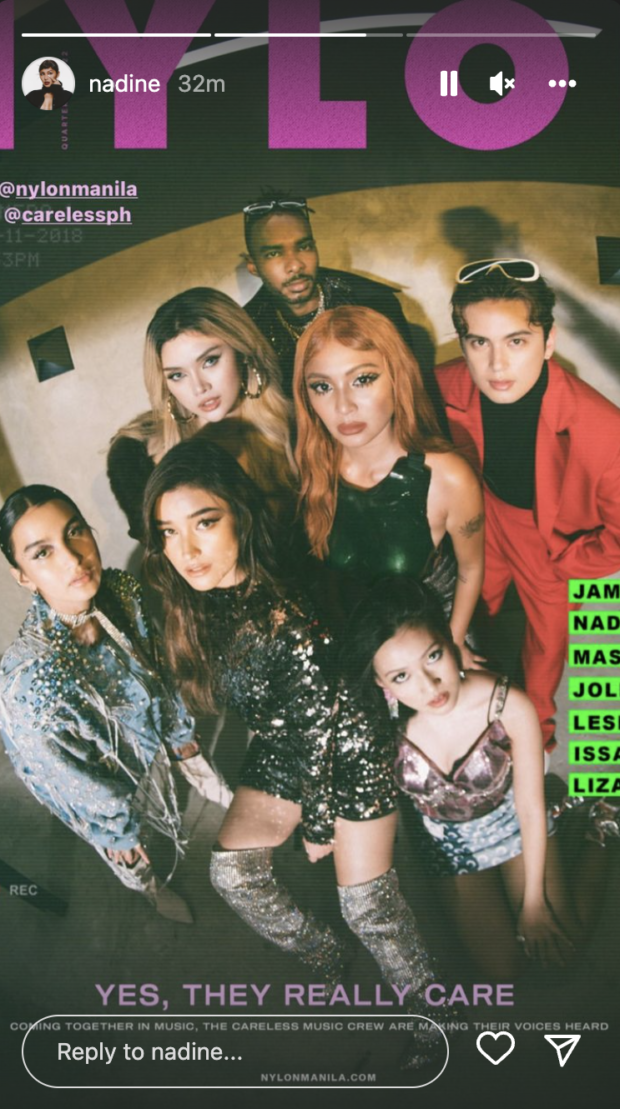 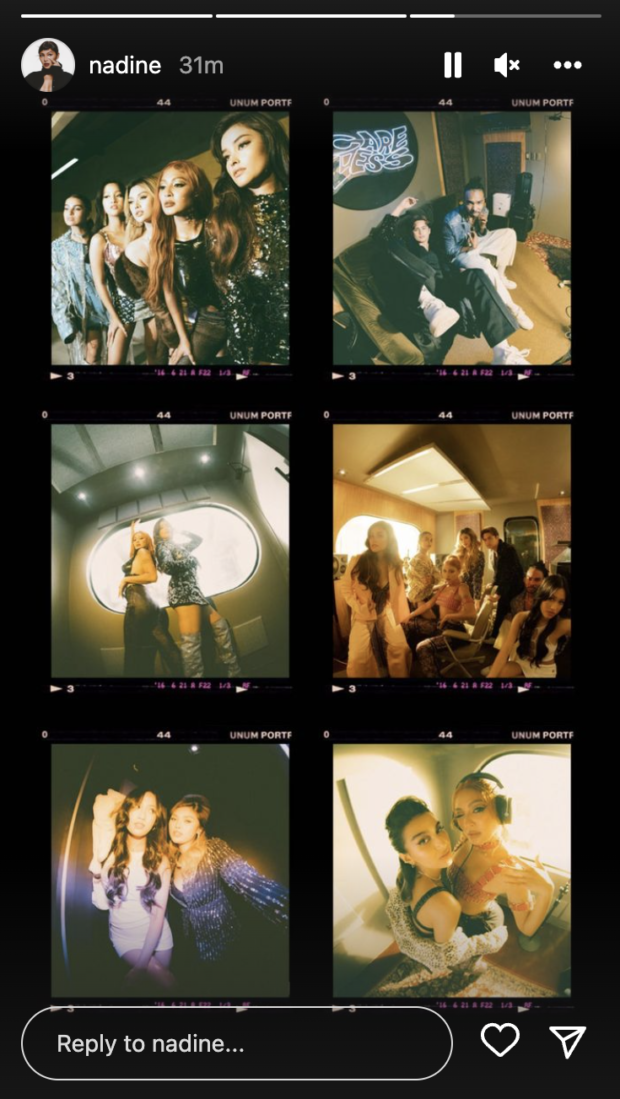 Soberano made headlines last month with her transfer of management to Reid’s team. She officially joined Careless Music last June 20, when she and Pressman signed their respective contracts with the record label.

Since her transfer was revealed by her previous manager Ogie Diaz, the actress has gone on a trip to the United States with Reid and his team. She attended events in California such as the Gold House’s first annual Gold Gala and Asia Society Southern California 2022 Annual Gala.

According to Soberano, working in the US has “always been a dream” for her. She also hopes to inspire the younger generation to dream of pursuing a career like hers.  /ra