Andrea Brillantes admits she made ‘first move’ on Ricci Rivero 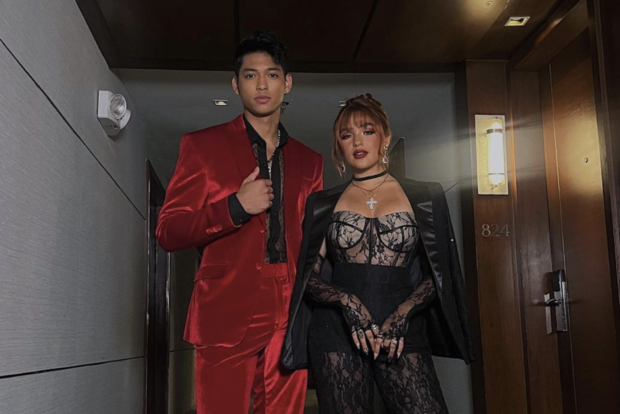 Andrea Brillantes has revealed she  made the “first move” on her boyfriend, actor-basketball player Ricci Rivero, as they recounted how their relationship started.

The couple opened up on their relationship while answering questions from fans during a Q&A vlog on the actress’ YouTube channel yesterday, Oct. 4. They were asked, “Sino nag-first move (Who made the first move)?”

“Ngayon, nitong relationship na ‘to, siya (Now, for this relationship, she [made the first move],” Rivero said while pointing at his girlfriend. Brillantes took a few moments to think before confirming what Rivero said.

(Ricci sent me a message through chat on my private account before. When I was working in “Kadenang Ginto,” he sent me a [direct message] but I did not reply back then.)

The pair then narrated that they met at a club years later, but the meeting did not appear to go well as Brillantes thought Rivero was “mayabang (arrogant)” and “suplado (snob).” Despite this, Brillantes decided to follow Rivero again on social media, despite unfollowing him in the past.

Aside from the start of their relationship, Rivero and Brillantes also talked about the advantages of having the public know that they are dating.

(Since I had a relationship that was private, it was difficult to hide all the time. Now, we are happier because it is okay if we go out, if we go on dates where people will see us. We do not need to hide.)

While Brillantes did not state the “private” relationship she was referring to, it can be noted that she was previously in a relationship with actor Seth Fedelin and they did not reveal this until after they had broken up.

Rivero and Brillantes officially became a couple in April when he asked the actress to be his girlfriend after his University Athletic Association of the Philippines (UAAP) basketball game.

Meanwhile, during an interview with TV host Boy Abunda last month, Rivero admitted that though he was just months into his relationship with Brillantes, he saw the actress as “the one” for him.  /ra

Ricci Rivero when asked if Andrea Brillantes is ‘the one’ for him: ‘I think yes’