Ricci Rivero when asked if Andrea Brillantes is 'the one' for him: 'I think yes' | Inquirer Entertainment

Ricci Rivero when asked if Andrea Brillantes is ‘the one’ for him: ‘I think yes’ 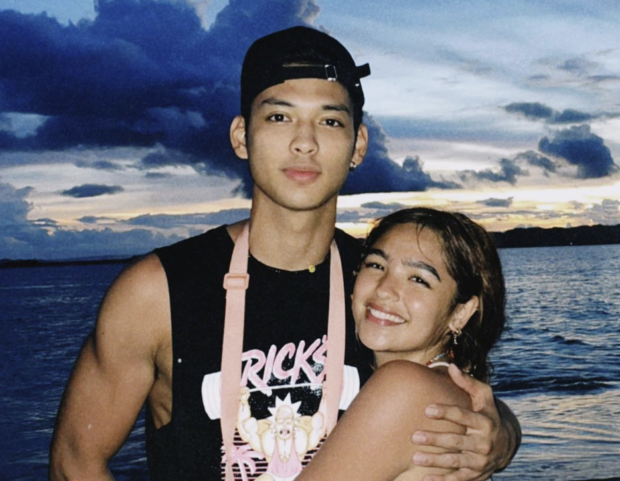 Ricci Rivero may be just months into his relationship with Andrea Brillantes but he revealed that he sees the actress as “the one” for him.

The actor-basketball player opened up about their relationship by recounting the surprise proposal to be a couple which he organized for her, during an interview with King of Talk Boy Abunda, as seen on the latter’s YouTube channel yesterday, Sept. 14.

(The proposal was like a gun, it was already cocked but was hidden. I could have done it anytime but I did not know if I could do it, because that is not my personality and it was my first time to have a girlfriend in public.)

Rivero then spoke about what made him decide to do such a gesture in public, admitting that he is “so in love” with Brillantes.

(Maybe for me, I just wanted to make the person feel that [I am proud]. It was not a heavy [feeling] but I had so many mixed emotions at the time. The nervousness and excitement were overwhelming but they were overpowered by my will to do [the proposal] no matter what.)

Rivero also looked back on how he felt sure of Brillantes, even before they became a couple and were just in the process of getting to know each other.

The basketball player was then asked about his long term plans to which he answered having a “happy and stable family.” Abunda then followed up with the question, “Is she the one? Is Andrea the one?”

Rivero and Brillantes officially became a couple in April when he asked the actress to be his girlfriend after his University Athletic Association of the Philippines (UAAP) basketball game. JB

Read Next
Aicelle Santos appeals for donations for mom who suffered cardiac arrest
EDITORS' PICK
Lawmakers eyeing more changes in Maharlika plan
Shop smarter with vivo’s big 12.12 holiday deals
How not to retire as an ex-president
The vivo Y02 is now available in the Philippines for only PHP 5,299
House energy committee chair Arroyo bats for cheap electricity
Hidilyn Diaz wins only gold missing from her collection
MOST READ
Jovit Baldivino, ‘Pilipinas Got Talent’ winner, dies at 29
LPA enters PAR, to likely strengthen into tropical depression in coming days – Pagasa
Andi Eigenmann, family in Manila for a quick visit; Ellie dines with grandma Jaclyn Jose
Lawmakers eyeing more changes in Maharlika plan
Don't miss out on the latest news and information.