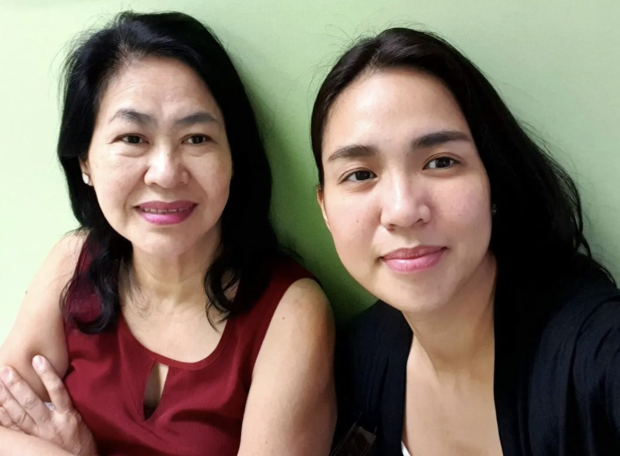 Aicelle Santos is asking for help from kindhearted individuals, as she and her family hope to raise funds for her unconscious mother who suffered from cardiac arrest.

The singer issued her plea to the public via her Facebook page yesterday, Sept. 14. Her post was accompanied by a fundraiser page for her mother, Onnie Santos.

“We humbly ask for your support in our fight to keep our mom alive. Sharing this link/post and donating any amount through our #GoFundMe account will be a great help to us,” she said.

Aicelle said her mother is still under intensive care and is on a mechanical ventilator. She added that she has not regained consciousness since she had a cardiac arrest three weeks prior.

We humbly ask for your support in our fight to keep our mom alive. Sharing this link/post and donating any amount…

“She had just come home from getting hospitalized for COVID-19 when three days later, she woke up coughing and unable to breathe. My brother, Abam, rushed her to the hospital, but she had a cardiac arrest on the way,” he narrated.

Aaron added that oxygen deprivation to Onnie’s brain led to seizures that lasted a day. Most of the medications needed by Onnie are given intravenously, such as anti-seizure drugs and antibiotics. She is also given regular hemodialysis for an existing end-stage renal disease.

Those interested to extend help may do so by sending donations through the GoFundMe fundraiser page or through Aicelle’s bank account.

Aicelle earlier expressed hope for her mother’s recovery and showed how her family is coping through their faith in God. She also reached out to fans and asked them to pray for her mother.  /ra