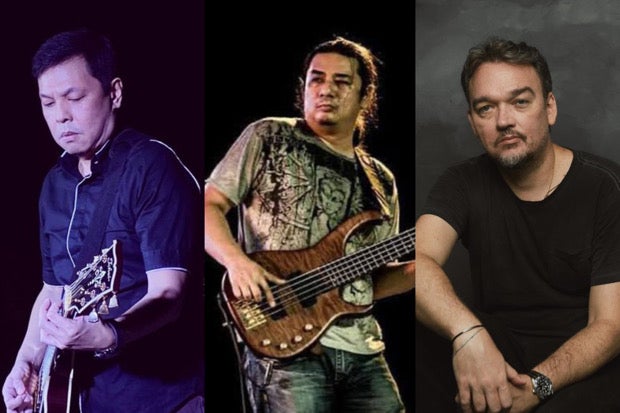 Pangan addressed Legaspi, who he called his “brother” and he described as a “kick-ass bassist,” in a post on the actor-musician’s Instagram page on Monday, Oct. 3. Fellow singers Lea Salonga, Jugs Jugueta and Arnel Pineda also sent their condolences via the comments section.

“You left us too soon, brother. Thank you Mon for the years of being a kick-ass bassist for The Dawn, for your musical legacy with Wolfgang and Kontra… and for being a damn good friend,” Pangan said. “Rest now.”

“I always hoped we had one more jam in us. [Rest in peace] Mon,” he stated.

Legaspi was also honored by Wolfgang drummer Wolf Gemora who credited the late bassist for “completing” their band. Gemora gave a list as well of the songs written by Legaspi for the band, which include “Halik ni Hudas,” “Mata ng Diyos” and “Tulisan.”

“Mon Legaspi was the fourth bassist of Wolfgang. We had thought we were already complete with the acquisition of our first bassist. Then the next. And the next. But, it was only when Mon joined up that Wolfgang was finally complete,” Gemora said.

“Never, ever settle for anyone or anything until you find the right person and/or situation that will make you thrive,” he added. “[Rest in peace] MON.”

Legaspi passed away on Oct. 3 at the age of 54 after suffering from cardiac arrest. EDV

Bassist Mon Legaspi passes away at 54