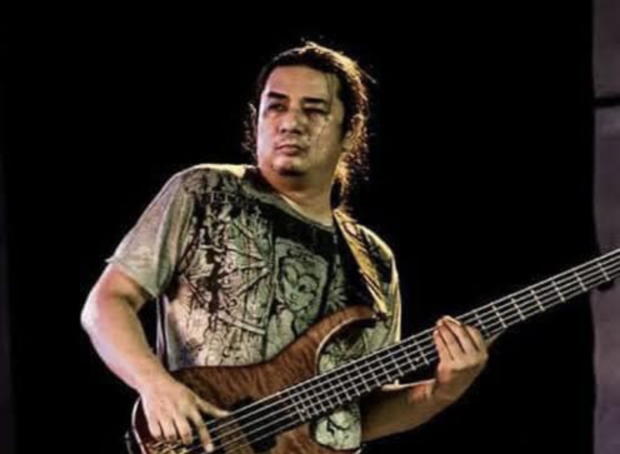 Mon Legaspi, bassist of the rock bands The Dawn and Wolfgang, has passed away at the age of 54 after suffering from cardiac arrest.

The musician’s death was confirmed by The Dawn on its Facebook page yesterday, Oct. 3.

“It is with deep, deep sadness that we announce the untimely passing of our brother Mon Legaspi. He joined our Creator earlier tonight due to cardiac arrest,” the band’s statement read. “Mon fought hard in the ICU and we are utterly heartbroken at the loss of a supremely professional musician, and a dear friend.”

The band extended condolences to Legaspi’s family as well as his other band groups, and asked fans to respect the privacy of the musician’s family in this time of grief.

Legaspi’s ex wife, radio personality Thelma Bowlen, also paid tribute to him and spoke about their friendship despite their breakup, via her Facebook page.

“We started as friends, were band mates, and eventually exes that shared a beautiful daughter. I’m at a loss for words,” she stated. “I’m deeply saddened and heartbroken for our daughter and our grandson he won’t get to meet.”

“See you on the other side, Mon. You are missed,” Bowlen added, addressing Legaspi.

Legaspi was also remembered by Wolfgang’s guitarist Manuel Legarda, who described the late musician as a “beast on bass, humble poet and consummate professional.”

The Dawn is known for their hit songs “Salamat,” “I Stand With You,” and “Iisang Bangka,” among others. Meanwhile, Wolfgang is behind the hit songs “Halik ni Hudas,” “Lion in Cages,” and “Vendetta Del Disco.” EDV