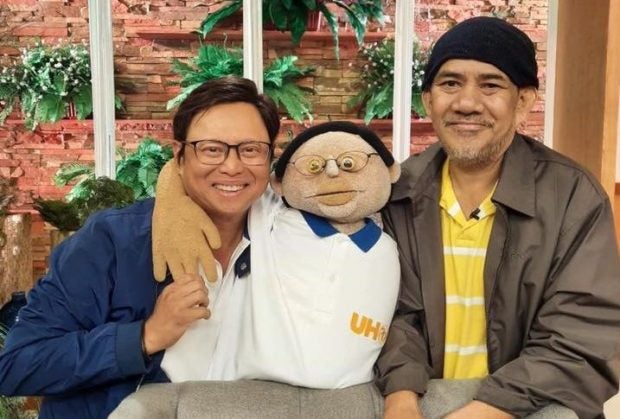 Danilo “Totong” Federez, the voice and puppeteer behind the puppet Arn-arn, passed away today, Aug. 17. He was 62 years old.

The puppeteer’s death was confirmed by his wife, Maris Montemayor Federez, via Facebook today.

“I love you, daddy. In God’s grace we’ll see each other again. Salamat sa Dios (Thank God),” she said, along with Danilo’s date of birth and death.

Arnold Clavio also revealed Danilo’s death during today’s episode of “Unang Hirit,” where Arn-arn appeared as his sidekick. The broadcaster said that Danilo died in his sleep.

Meanwhile, the team behind the morning show honored Danilo and extended their sympathies to his loved ones via Facebook, also today.

(The whole “Unang Hirit” family is extending its condolences to the family of Danilo “Totong” Federez, the puppeteer behind Arn-arn.)

It can be recalled that Danilo started facing health problems in 2017, when he suffered a stroke and was hospitalized for two months, as seen in an episode of “Kapuso Mo, Jessica Soho” in December 2019.

At the time, he admitted having difficulty talking and walking. He also expressed appreciation for the support he received from Clavio and his fellow “Unang Hirit” colleagues after his stroke.  /ra

Arnold Clavio tests positive for COVID-19: Only way to fight is with positive thoughts