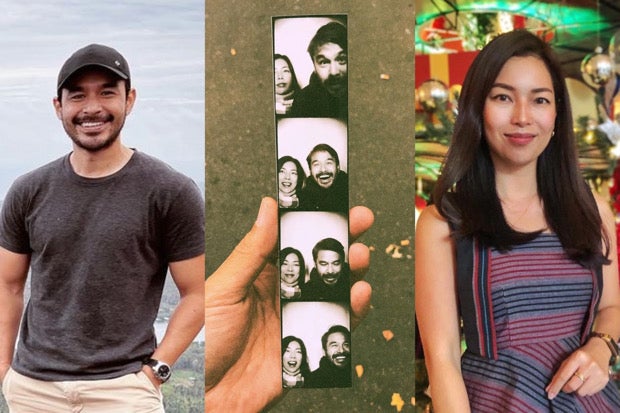 Did Atom Araullo just confirm the real status of his relationship with fellow broadcast journalist Zen Hernandez? Some fans think so after he showed a photo of them together on his birthday greeting to her.

The Kapuso documentarist and Kapamilya news anchor were all smiles posing next to each other, as seen in a black-and-white photo on Araullo’s Instagram page today, Oct. 4.

“Happy 28th birthday po,” Araullo said, then later updated his post and clarified that it is not Hernandez’s real age.

Fans then gushed over Araullo and Hernandez’s photo, with one @czha seemingly concluding that the two have already gone “Instagram official.” Some netizens also quipped that Hernandez already “won” against Araullo’s admirers who are apparently lining up for him.

“If you change your mind, I’m the first in line. Honey, I’m still free. Take a chance on me,” @sidney_yap wrote, quoting the lyrics from ABBA’s song “Take A Chance On Me.”

“Since college nakapila po ako. Bakit naman gano’n?” one @castillochey stated. (I have been lining up since [I was] in college. Why does it have to be like that?)

Speculations linking Araullo and Hernandez started in June last year after Webb showed a photo of them three together in Balesin. While Webb did not mention anything about their relationship, she stated that she felt giddy upon seeing them.

Meanwhile, Araullo and Hernandez have yet to confirm or deny the dating rumors, as of writing. EDV