Money not only motivation for Eraserheads reunion gig – Marasigan 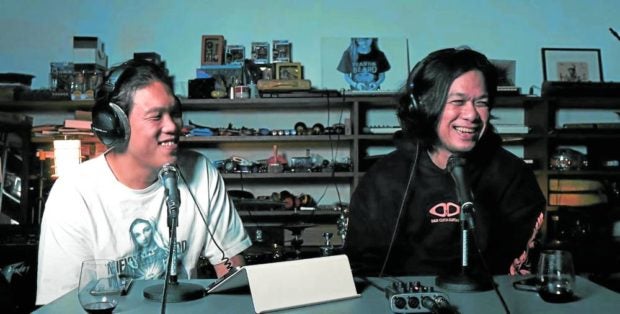 The talks for a possible Eraserheads reunion dragged on for many years that Raymund Marasigan thought that was all it was going to be — talks.

“I stopped believing [that it would happen] because it was all negotiations… ‘Di na ako naniwala,” he said in a recent episode of his podcast, “Offstage Hang,” where he answered fan-submitted questions about the upcoming “Huling El Bimbo” concert.

The long-awaited event — set for Dec. 22 at the SMDC Festival Grounds in Paranaque City — will have Raymund, Ely Buendia, Buddy Zabala, and Marcus Adoro sharing the stage anew. While the group has played occasional shows overseas, did corporate gigs, and released new singles in the last 10 years, “Huling El Bimbo” will be its biggest project yet since “The Final Set” show in 2009.

After disbandiing in 2002, the four artists would go on to pursue individual careers and endeavors. And anything related to the Eraserheads was taken care of by their respective management teams. And because they had their own bands, promotional tours or engagements to take care of, getting everyone’s schedules aligned was the recurring challenge.

“We’re all being represented by different companies and people … I just told Darwin (Hernandez of Soupstar Music), ‘I don’t even want to know about it (negotiations). Just call me when it’s game,’” said Raymund, who’s now primarily known as the frontman of the rock band Sandwich.

True enough, three days before the announcement was made last Sept. 19, Raymund got the go signal. “It started getting serious just a few weeks ago. Then, it happened. Sinundo na lang ako. ‘Rayms, game na,’ they said,” related Raymund, who admitted that he was still only “semi-ready” about the whole thing.

“I didn’t know what was happening in the background,” he said. “I found out about the news three days before everyone did, so I didn’t really have a hard time keeping it a secret.” 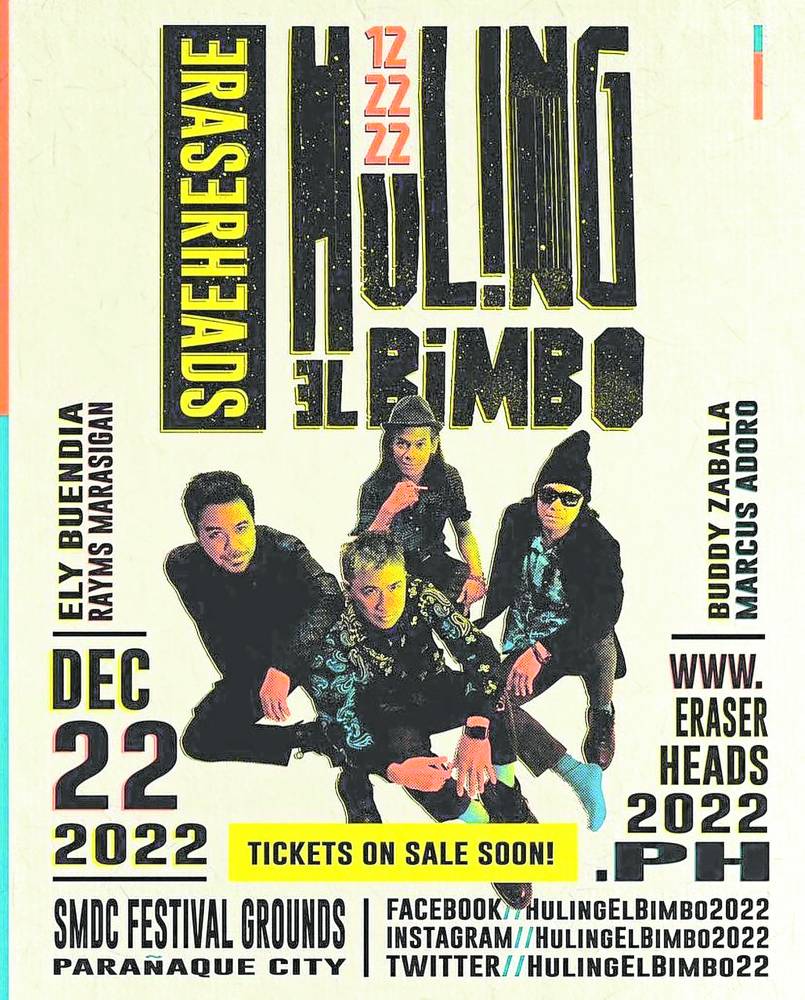 The concept or structure of the show has yet to be discussed. But Ely did have a good idea for the setlist, which he shared with the others during a recent photo shoot.

“In between takes, we talked about the set, because we didn’t want to redo our last show,” Raymund said. “How deep do we want to go with the album cuts? How do we present the songs that we can’t not play?”

“Ely’s idea was interesting. But I don’t know if we can pull it off. We haven’t rehearsed yet. It’s ambitious, but possible. I can’t talk about it until we have tried doing it,” said the singer-songwriter, who played drums for the Eraserheads.

Asked if money was a motivation for doing the project, Raymund — while he couldn’t speak for everyone — admitted that it was a factor.

“I would be lying if I said there’s no money involved. It’s a big thing. But it’s not the only motivation,” he stressed.

“There are other things. I can’t speak for everyone. But I think I’m in a different place right now. Atari has recently graduated (his daughter with musician and Sandwich bassist Myrene Academia)… I can now take on special projects without thinking too much about the financial side of things,” he said.

And the concert isn’t necessarily about legacy affirmation for the Eraserheads either.

“I think it’s much simpler than that,” he said. “There are so many reasons to do it, but let’s just play. I consulted friends, talked to my bandmates, to the people around me… And they were like, ‘You know what, just do it. You deserve it. Have fun.’”

“They tell me, ‘You won’t get many chances to do this again, so why not do it while you still can?’” he added.