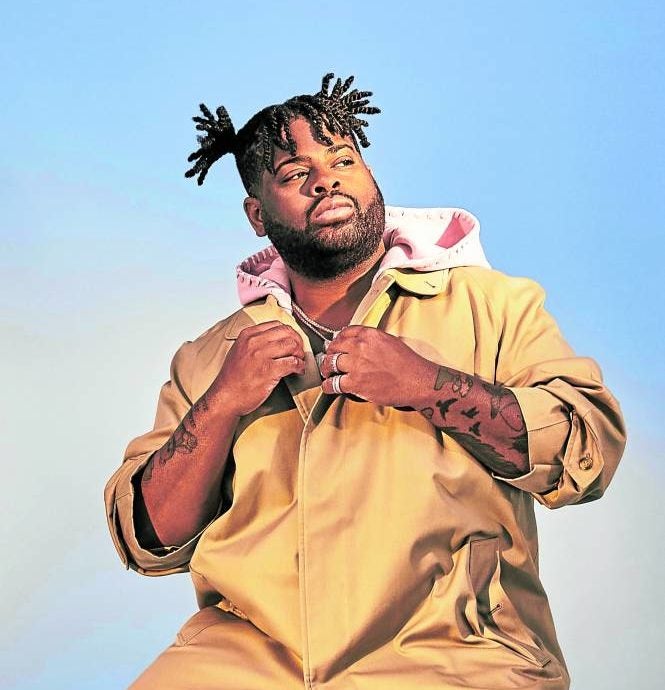 In a space saturated with songs that wallow in heartbreak and thrive on strife, David Bowden—the R&B star popularly known as Pink Sweats—offers a musical respite for those in need of inspiration and relief.

“I try to be conscious about the music I create. Sometimes, I’m just having fun. But sometimes, I want to put out something with a super happy and positive message… It’s not every day you hear a lot of happy and uplifting vibes,” he told the Inquirer in a recent virtual interview arranged by Live Nation Philippines for select reporters.

Take his biggest hit, “At My Worst,” which has about 834 million streams on his official YouTube and Spotify channels. The song is short and simple and has Pink Sweats using his soothing vocals to sing about reassurance and love beyond imperfections.

“Sometimes, someone’s like, ‘Oh man, I have to listen to something upbeat,’” he said. “I want people to listen to my music and feel refreshed afterward, like, ‘Man, that’s beautiful!’ I like that,”

In weaving this warm blanket of sounds, the American singer-songwriter opts for relatively subtle arrangements—as in the gentle guitar-driven tune “Honesty”—that lets the song’s message and his syrupy falsetto shine.

But his proclivity for bare-bones instrumentation serves other purposes: relatability and accessibility.

“I do simple stuff because, when I first started writing music for myself, I had this vision and dreams that my songs were playing in stores and in karaoke sessions,” he said. “I’m someone who wants people to easily learn songs anywhere in the world. If someone wants to learn the guitar parts, they would be like, ‘Oh, I can do it, it’s pretty simple.’ I just want my songs to translate to every single place in the world.”

True enough, his music is now streamed by fans from around the world, including the Philippines, where he has built a considerable fanbase (Quezon City is in his top five cities on Spotify). “Knowing that is super special, because it makes you realize that, because of the internet, the world goes from this big to this small,” he said, gesturing with his hands.

“You’re able to connect people from different sides of the planet,” he added. “To me, that’s such a beautiful thing because music is a universal language.”

Now, Filipino fans will finally get to see him live in Manila. As part of the Asian leg of his “Pink Sweats Presents Pink Moon” tour, the 30-year-old music artist will take the stage on Sept. 27 at the New Frontier Theater. Visit Ticketnet.com.ph.

Hailing from Philadelphia, Pink Sweats began his career at 19 as a demo vocalist at the renowned Sigma Sounds Studios. There, he discovered his love for songwriting. After seven years of honing his craft and working behind the scenes, he was launched as a solo artist in 2018 and scored his first hit, “Honesty.”

He has since put out two studio albums, “Pink Moon” and “Pink Planet,” which spawned a number of streaming hits. “It’s going to be my first time in the Philippines. I’m looking forward to having a great time, eating good food, meeting awesome beautiful people and feeling some good energy,” he said. “I feel blessed to sing these songs in person.” 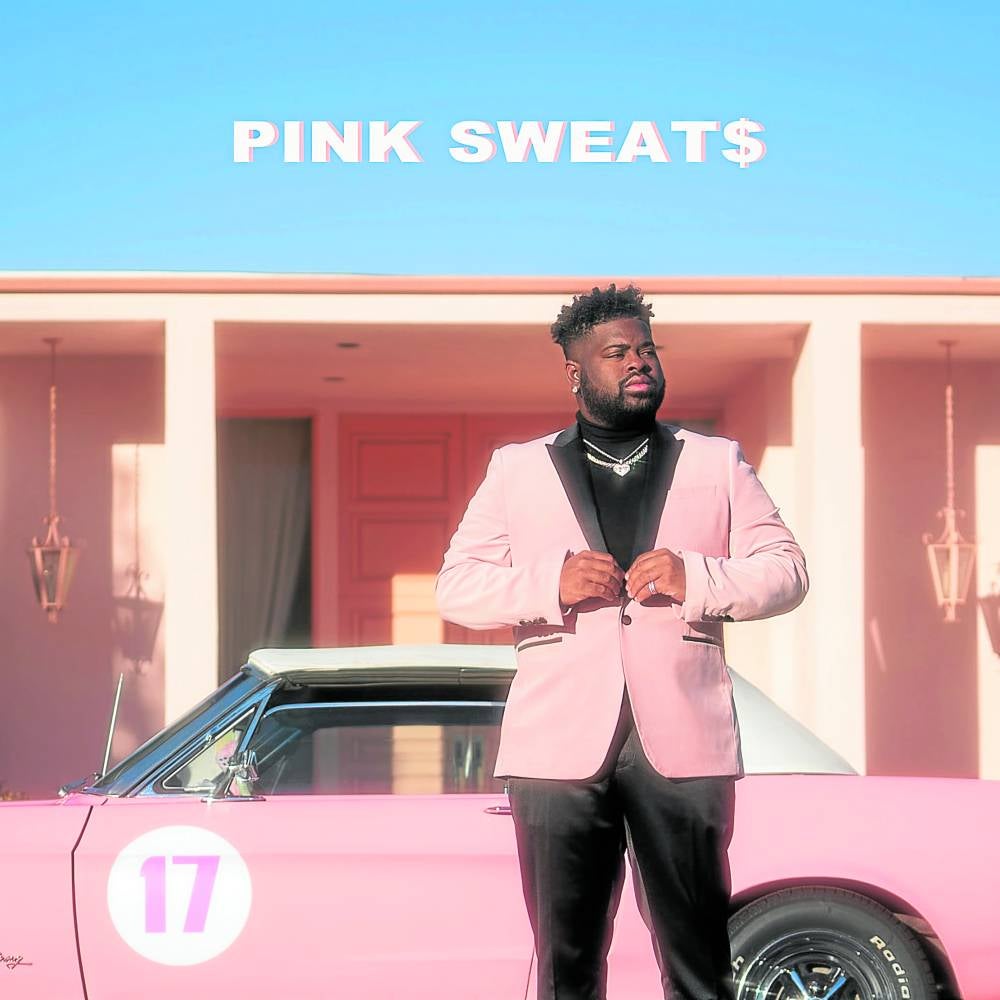 Our Q&A with Pink Sweats:

How do you write your songs?

I document things through songs. Some do it through cameras, others through vlogs. I just think about the things that happened, sing the words and form melodies—like something as simple as me waking up and eating breakfast with my wife. The more conscious I am of my experiences, the more effortless the music becomes.

What for you is R&B?

R&B is magic — something you can feel and something that’s pleasant to your ears. if you feel magic, that’s R&B.

When I was going through a lot of things in life that I couldn’t control, it was hard for me to find positive music. It was hard to find songs that could make me feel good about my day, hopeful about my relationship, about love and family.

How do I make a change? I have to be the change. I have to put that energy out there for the next person who’s going through it. So many people have messaged me, telling me how they were going through a harsh break up…how they were feeling down. And then, they listen to these songs, which spark something in them.

You said you once dreamed of hearing your songs in stores and karaoke. What was it like when that finally happened?

In New York, three years ago, we went to a karaoke place after my show. They opened the songbook and someone put one of my songs on and I was like, “What!” My friends visiting other countries would tell me that someone’s playing my music at a local bar. It’s so cool and amazing.

When did you feel that you have made it?

Never. I don’t make music to make it. I make music because it’s something I really love. Thinking about whether I have made it or not isn’t a good space to be in. It’s always about the music — not the people screaming my name. Those things can be fun, but for me, it’s like, as long as I can make music, make a living, pay the bills and take care of my family — then I’m living the life.

I just want to be free from stress and impact people’s lives. I don’t do it for the applause. I appreciate it, but it’s all about creating… Music gives me life.

What advice can you give to aspiring musicians?

Get to know yourself and what makes you smile. And whatever your thing is, perfect it.

You’ve come a long way. How’s the journey so far?

It’s a waiting game. You wait for your shot, your turn, your opportunity. And I’m grateful it did, and I was prepared for it. There’s a little bit of luck involved, too.

I’m in a happy place right now, and life is good. I pray every night that people get to experience and feel what I feel now, because life is tough. When things don’t go your way, all you need is for one thing to go right, and it feels so awesome!