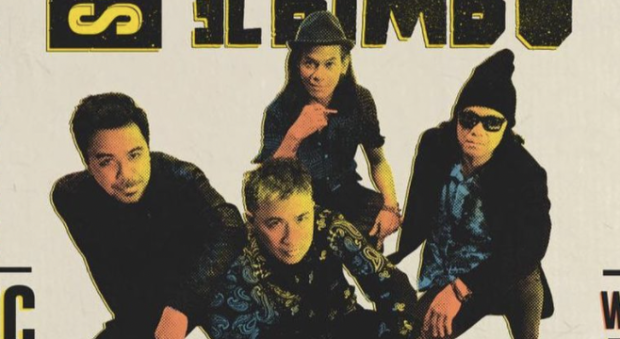 Thirteen years after their last major show, Ely Buendia, Raymund Marasigan, Buddy Zabala and Marcus Adoro will share the stage anew for an Eraserheads reunion on Dec. 22 at the SMDC Festival Grounds in Parañaque City.

On Sept. 19, the four unveiled on their respective social media pages the official poster for their long-awaited concert dubbed as “Huling El Bimbo.”

“See you!” Zabala posted on Instagram along with the concert poster, which appears to be visually inspired by the cover art of the band’s debut album, “Ultraelectromagneticpop!”

Marasigan, on the other hand, said he would be taking Eraserheads- and concert-related questions from fans for an upcoming episode of his podcast, “Offstage Hang.”

The confirmation came just a day after the former bandmates dropped cryptic posts—images of a rotated letter “E” and a line from the song “With a Smile”—which, for the nth time, sparked speculations and reignited fans’ hopes for a reunion.

Producers are WEU Events Management Services Ant Savvy Creatives and Entertainment and DVent Productions. Asked for further details about the event, Buendia’s manager, Day Cabuhat, told Inquirer Entertainment that another announcement will be made soon.

Formed in 1989, the Eraserheads is regarded as one of the country’s most influential musical acts. With enduring pop-rock anthems like “Pare Ko,” “Ligaya” and “Alapaap” the band ruled the 1990s airwaves, before parting ways in 2002.

On August 30, 2008, the band reunited for what should have been a one-night concert at the Bonifacio Global City open field in Taguig City. However, the show had to be stopped midway through the 30-song setlist, after Buendia—who had already undergone two angioplasty surgeries the previous year—collapsed backstage during a planned intermission.

The frontman was rushed to the Makati Medical Center that night and underwent a third angioplasty a few days later.

To make it up to their fans, Buendia, Marasigan, Zabala and Adoro promised to finish what they had started and mounted a follow-up concert on March 7, 2009. Titled “The Final Set,” the event reportedly drew “more than a hundred thousand” fans to the SM Mall of Asia concert grounds in Pasay City.

While the past 10 years saw the Eraserheads playing occasional shows abroad, taking corporate gigs and even releasing new singles, the upcoming “Huling El Bimbo” concert will be the band’s biggest project since 2009.

Read Next
Why ‘The Ones We Once Loved’ one of the hardest songs Ben&Ben has ever written
EDITORS' PICK
vivo’s coming to town to grant wishes with more holiday promos
PH detects 14 cases of COVID-19 Omicron subvariant BQ.1 | #INQToday
The vivo X80 Series and vivo V25 Series is on everyone’s wishlist
Senate, House bicam conference on proposed 2023 budget starts
House energy committee chair Arroyo bats for cheap electricity
Average daily COVID-19 deaths in PH down from 38 to 12 — OCTA
MOST READ
LOOK: Vhong Navarro transferred to BJMP detention facility in Taguig
The Elephant Man in the Senate
Posh village as ‘shabu’ haven
LOOK: Zanjoe Marudo bonds with Ria Atayde, her family
Don't miss out on the latest news and information.